To nye partnere i BAHRs Arbeidslivsgruppe 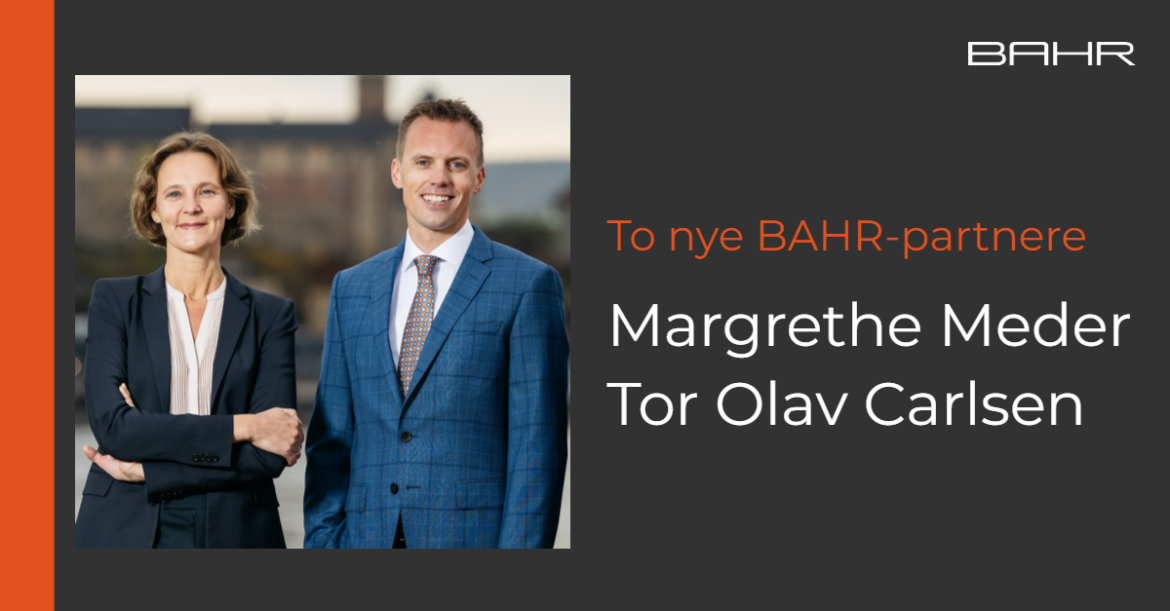 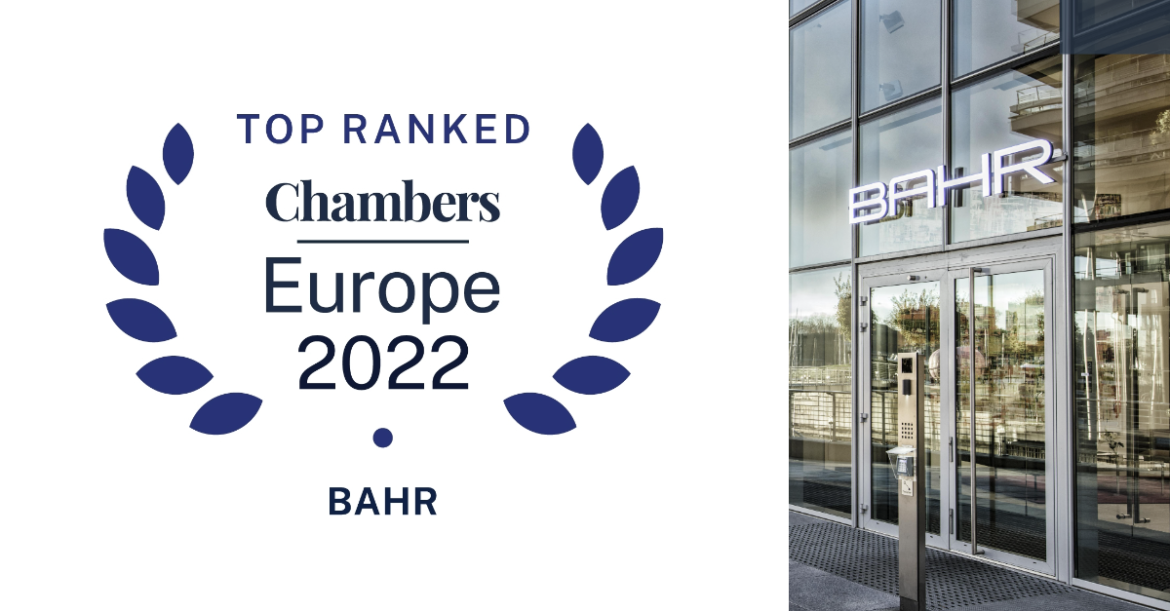 BAHR is once again ranked amongst the leading law firms in Europe by Chambers Europe 2022 rankings. Both our practices and individual lawyers have received top-tier rankings based on their achievements over the past 12 months.

BAHR is ranked Band 1 in 10 categories and Band 2 in 5 categories:

Read all of BAHR’s rankings in Chambers Europe 2022 here

Chambers Europe ranks lawyers and law firms across Europe. Chambers and Partners rankings are based on in-depth analysis gathered by experienced team of researchers. We thank our clients for their trust and reviews.

There is a growing demand for sustainable protein sources and farmed Atlantic salmon can play an important role in meeting the nutritional needs of the global population. At the same time, production growth in traditional aquaculture has close to stagnated, mainly due to limited access to new production sites and the environmental impact of the industry. Recent technological innovations and regulatory developments in Norway could enable sustainable aquaculture at a larger scale at locations offshore which have not previously been used for this purpose. This newsletter will provide insight into recent regulatory developments which could form the basis for the future of offshore aquaculture in Norway. 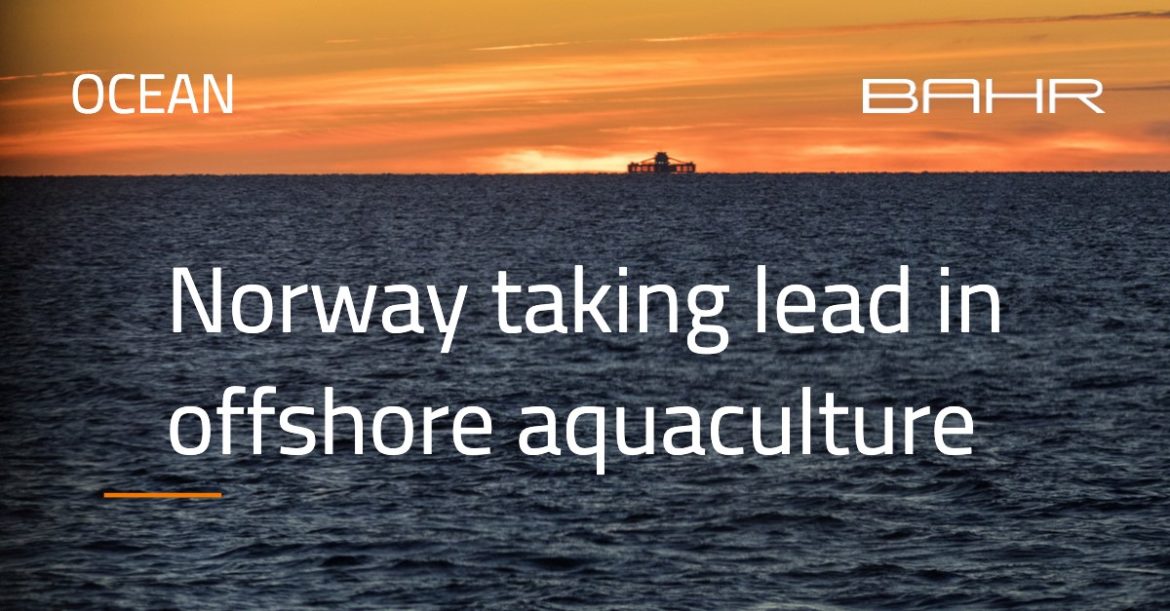 Potential for growth in Norwegian aquaculture

Aquaculture is now the fastest growing food producing sector in the world and is projected to reach 109 million tonnes produced seafood in 2030, an increase of 32 percent (26 million tonnes) since 2018.[1] According to the outlooks of the Food and Agriculture Organization (FAO), prices in the fishery and aquaculture sector are – in nominal terms – also expected to rise towards 2030.[2]

Norway is Europe’s largest fisheries- and aquaculture nation due to its exceptionally good natural conditions for production, good public management and skilled industry practitioners. According to the Norwegian Seafood Council, Norway exported 3.1 million tonnes of seafood with a value of NOK 120.8 billion in 2021, making this yet another record-breaking year for Norwegian seafood export.[3]

Atlantic salmon and rainbow trout are the most common and valuable species produced in the Norwegian aquaculture industry today, with production of salmon being the most dominant and generating most value. January 2022 was a record-breaking month for salmon exports, with 96 500 tonnes of salmon worth NOK 7.2 billion exported.[4]

To continue the strong growth and to be able to meet the increasing global demands, the aquaculture industry must respond to challenges relating to i.a.:

Technological development has traditionally been relatively slow in the aquaculture industry. This has changed significantly in recent years, and we are currently finding ourselves in what seems to be a technological revolution in the industry. A strengthened focus on technology and sustainability is now apparent across the entire aquaculture sector.

To spark innovation in the aquaculture industry, the Norwegian government introduced a temporary scheme for so-called development licenses (Nw. ”utviklingstillatelser”) in 2015, which was open for applications between November 2015 and November 2017. Such licenses were awarded to projects that met certain criteria, with the aim of facilitating innovation that could help solve some of the challenges faced by the aquaculture industry, such as those listed above. Some of the projects that were awarded development licenses were concepts for fish farms that could be utilised at more exposed locations compared to traditional aquaculture (so-called offshore aquaculture). 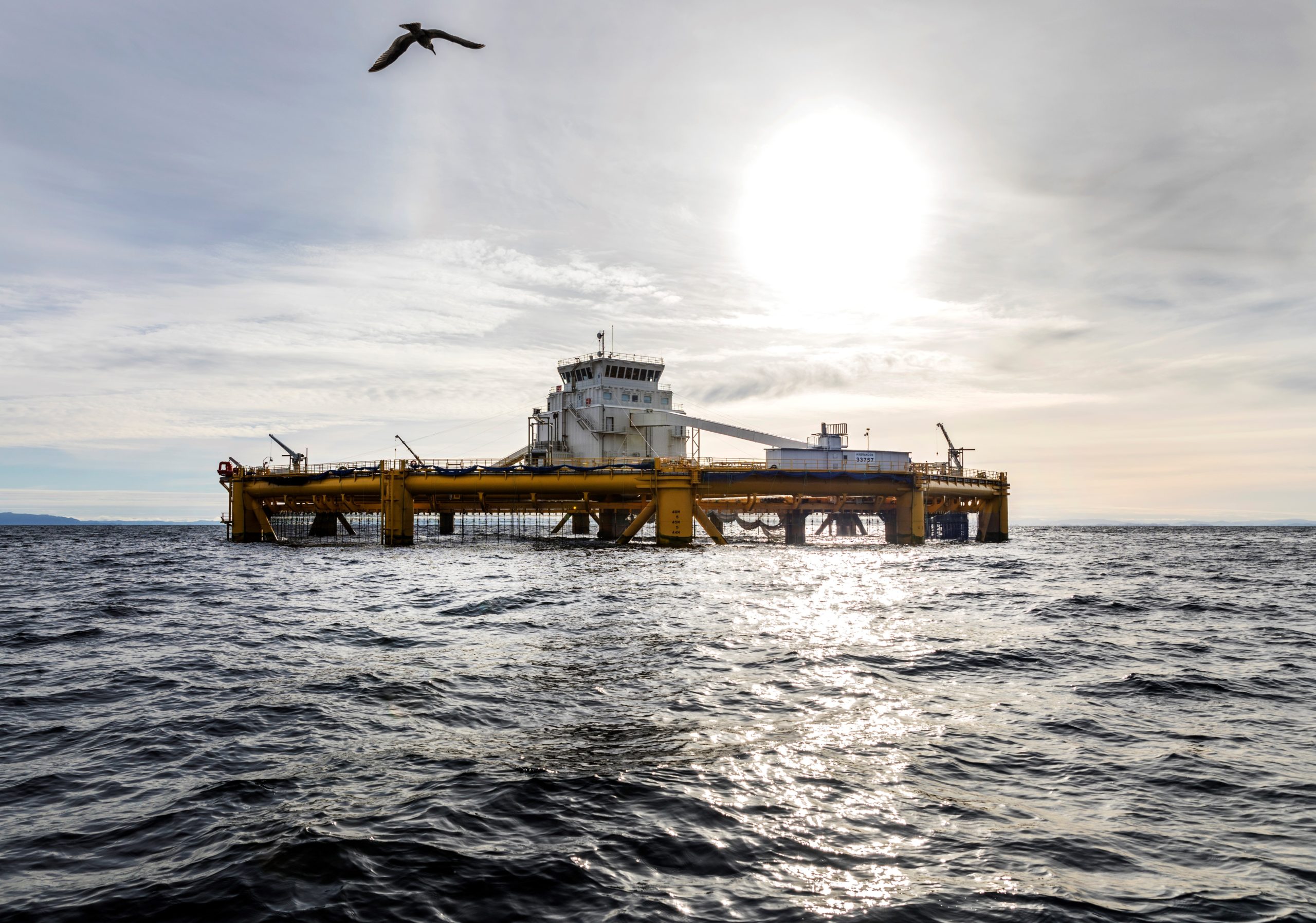 Current published research shows that there is a good chance of succeeding with salmon farming in more exposed locations offshore. It is expected that offshore aquaculture may have less of a negative impact on the natural environment compared to traditional aquaculture in open net pens.[5]

An obstacle in proceeding with moving aquaculture further offshore has been the lack of a regulatory framework specially adapted for this form of fish farming. Recent regulatory developments which could bring this new industry a step further is outlined below.

By virtue of existing regulations, much of the framework for offshore aquaculture is already in place, but there will be a need for various adjustments and additions to the regulatory framework to adequately address the different aspects of offshore fish farming.

On 2 February 2022, the Ministry of Trade, Industry and Fisheries (the Ministry) sent a proposal for a separate permit regime for offshore aquaculture on public consultation (our newsletter is available in Norwegian here). The proposal is the first relating to the establishment of a separate regulatory framework for offshore aquaculture and is an important milestone in what could mark a new era in aquaculture. The consultation deadline is 2 May 2022.

It is proposed that the government decides whether, and in which case what parts of, an area at sea can be opened for offshore aquaculture.

A special regulation will be established for the individual licensing rounds, where pre-qualification requirements and other conditions for participating in a competition may be introduced.

Participants who win the competition will be given a pre-commitment by the Ministry, and must submit a proposal for a program for project-specific impact assessment to the Norwegian Directorate of Fisheries (the Directorate). Guidelines for preparing the program are to be provided in a separate guide. The Directorate will send proposals for programs for consultation to relevant sector authorities and decides the program.

It is proposed that the operator, after carrying out a project-specific impact assessment, applies for a specific location within the area that has been impact assessed. The Directorate may grant a license for an offshore site based on the application and carry out a project-specific impact assessment, provided that the allocation conditions are met, including the allocation of sector permits from relevant authorities. An aquaculture license is granted to one specific location within the sub-area that emerges from the pre-commitment given by the Ministry.

The Norwegian government is currently working on designating suitable locations for offshore aquaculture. As per the request of the Ministry, the Directorate has invited relevant authorities and organisations to provide input to three proposed areas offshore, and the Directorate is now reviewing feedback received before submitting its recommendation to the Ministry.

If you have questions relating to the regulatory regime for aquaculture in Norway, please contact our aquaculture team. 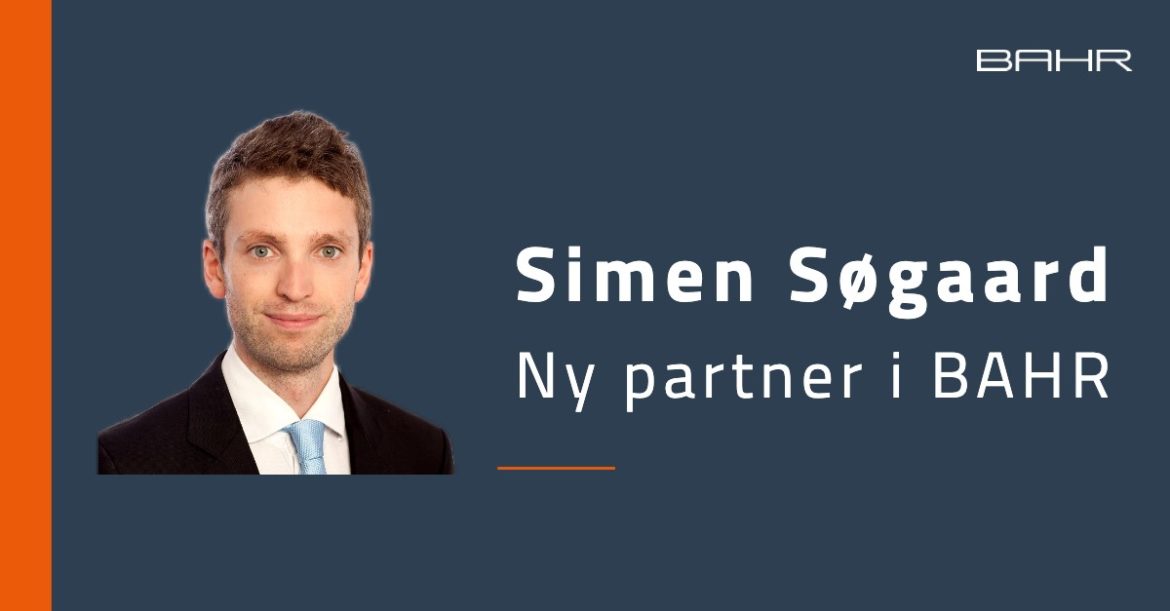 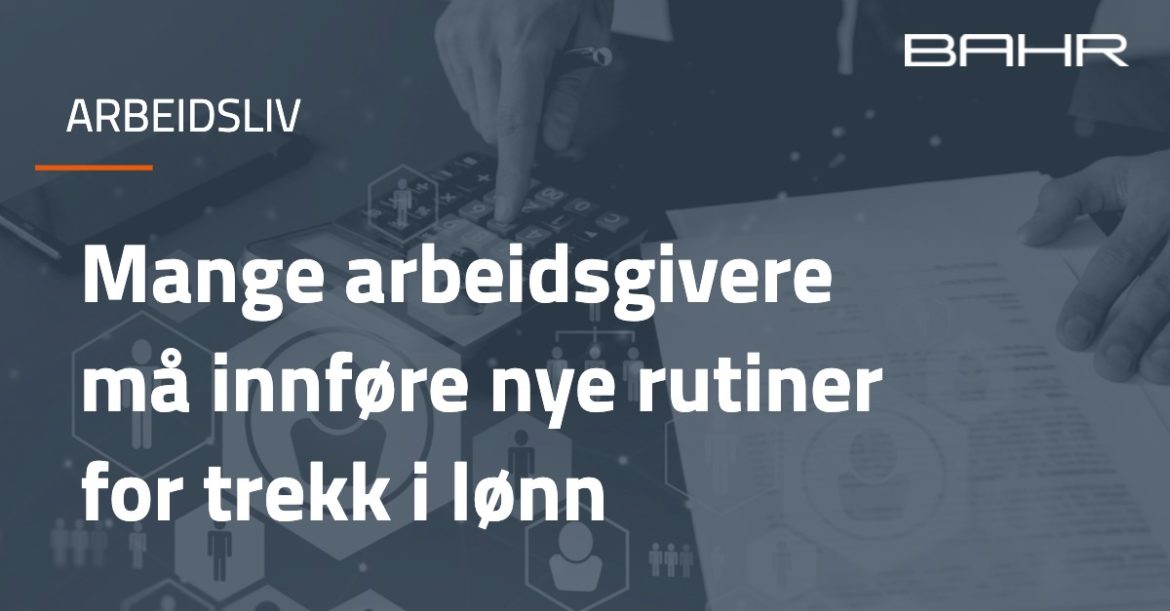 We are delighted to announce that Øystein Meland will join BAHR on 1 November 2021. Mr Meland will be based in BAHR’s newly established Bergen office, as part of our OCEAN practice group. 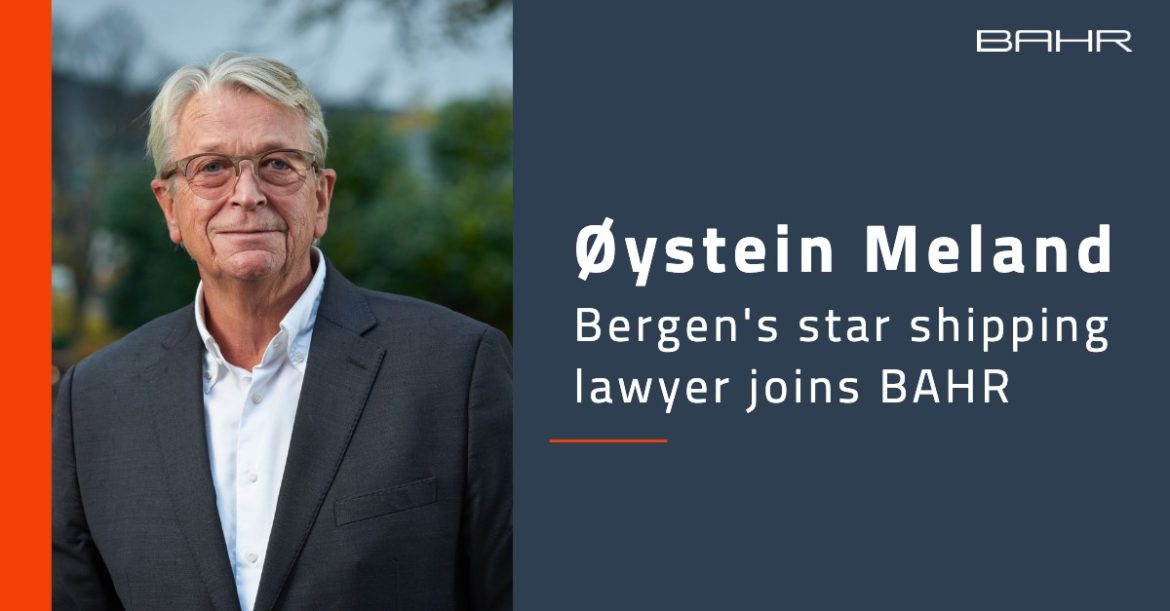 The ocean industries are key pillars of BAHR’s practice. Advising shipping clients has been a priority ever since the firm was founded in 1966. The OCEAN practice group strengthens BAHR’s focus on all ocean industries, including shipping, aquaculture and fisheries. Our new Bergen office brings us closer to clients operating from the West Coast of Norway.

Mr Meland is Bergen’s leading shipping law expert and one of Bergen’s most experienced business lawyers. He will contribute with unique knowledge and experience relevant to the ocean industries operating out of the West Coast of Norway. Mr Meland will also serve as a mentor and role model for his younger colleagues at the Bergen office. 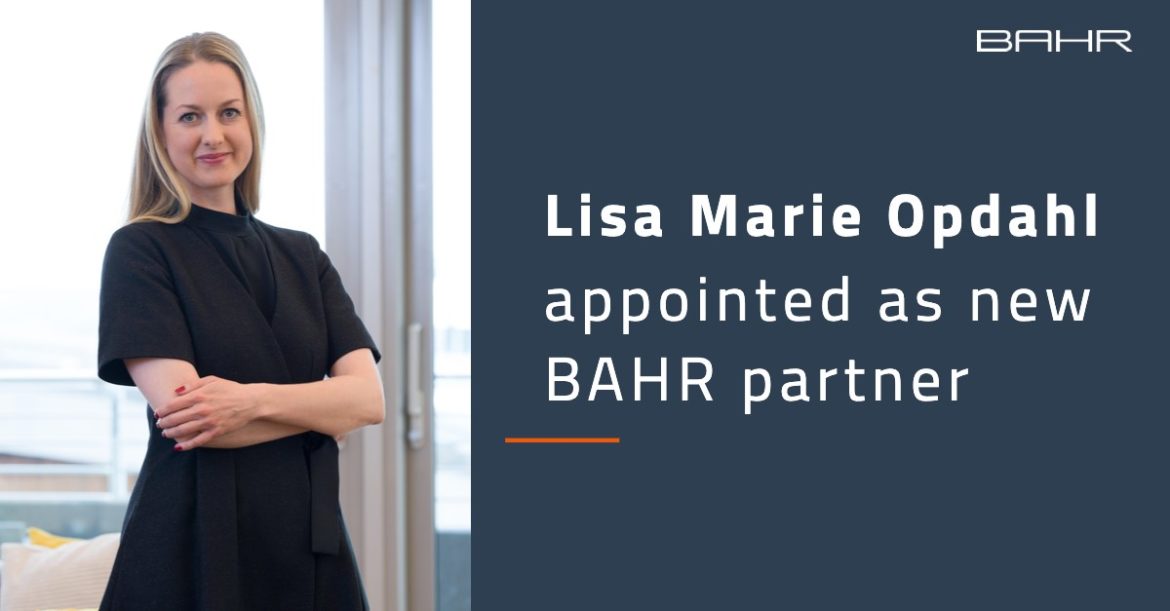 The OCEAN industries have formed important elements of BAHR’s work since our foundation – and are also important and integrated parts of our international work and presence.

The OCEAN industries are fundamental areas of our national economy. Norway is among the leading maritime nations, and fisheries and aquaculture is our second largest export industry. These industries will continue to be fundamental for Norway the next decades.

The establishment of OCEAN as a new practice group is an important and integrated part of our new presence in Bergen. Bergen and Western Norway are important locations for the OCEAN industries, and several businesses with focus on the OCEAN segments are located in Bergen and Western Norway. Bergen’s ambition to be not only Norway’s, but Europe’s OCEAN capital, makes it important for BAHR to have a presence in Bergen.

We are therefore very excited for Lisa Marie Opdahl to join the new OCEAN group as a partner, as well as being an important part of the Bergen establishment. Lisa Marie Opdahl has worked in BAHR since 2011, with a main focus on shipping, offshore, fisheries and aquaculture. Together with already established partners such as Anne Dahl Frisak and Geir Gustavsson, she will lead BAHR’s new OCEAN practice group.

Establishing OCEAN as a new practice group, opening offices in Bergen and the promotion of Lisa Marie Opdahl will strengthen our offering and position within the Ocean industries.

We are therefore specifically looking for lawyers to our Bergen offices with experience within these business areas, as well as associates with a particular interest for the OCEAN industries. BAHR is already well recognised in these areas of law:

“BAHR has a strong shipping department with a local and global reputation, with clients including leading Norwegian and international shipping companies, owners and operators, banks and marine insurers.”

“Clients highlight ‘their ability to be very result-oriented and provide focused legal advice that is exactly what was requested. They also have a very good commercial understanding.’ Another client appreciates the lawyers’ ‘quick responses,’ adding that they are ‘highly commercial.”

“BAHR particularly stands out for expertise in transactional mandates; the practice also fields a strong regulatory team, which recently advised on the government’s ‘traffic light system’ and development licensing issues. Other key areas of work include aquaculture construction projects and equity growth investments.”

BAHR has again been recognized by MIP IP STARS as one of Norway’s leading IPR law firms. We are pleased to be ranked on top, Tier 1, in the categories “Trade mark contentious” and “Patent contentious”, and Tier 2 in “Copyright & related rights”. 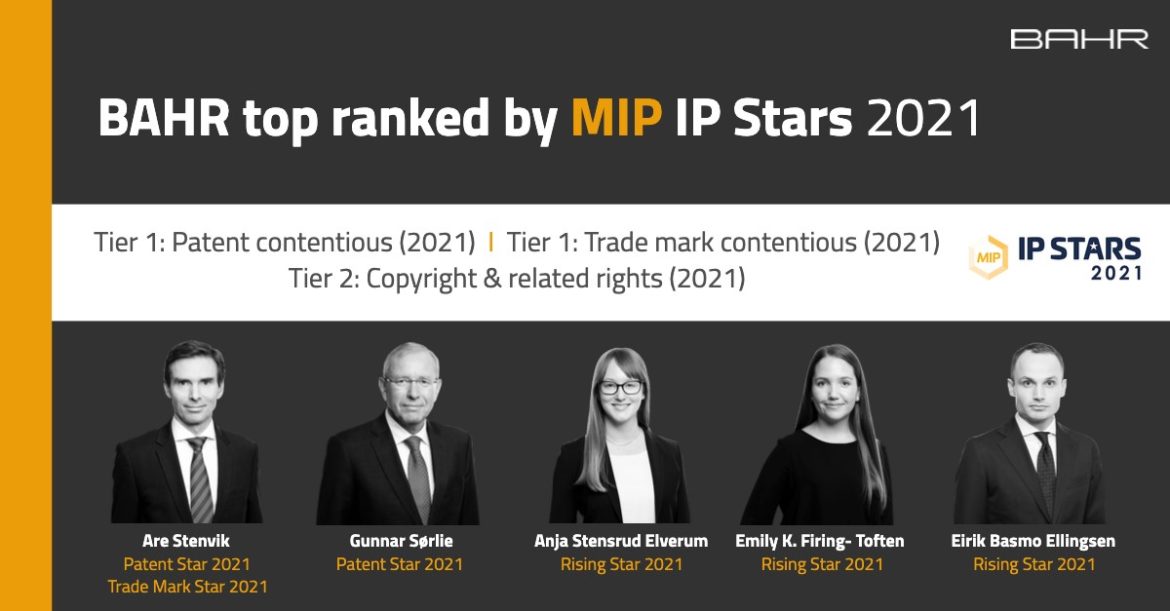 Alongside the firm’s recognition, five of our lawyers have won accolades as Patent Star 2021, Trademark Star 2021 and Rising Star 2021:

Managing IP is the leading specialist guide to IP law firms and practitioners worldwide. The research for IP STARS covers a variety of IP practice areas jurisdictions, making it the most comprehensive and widely respected guide in the IP profession. 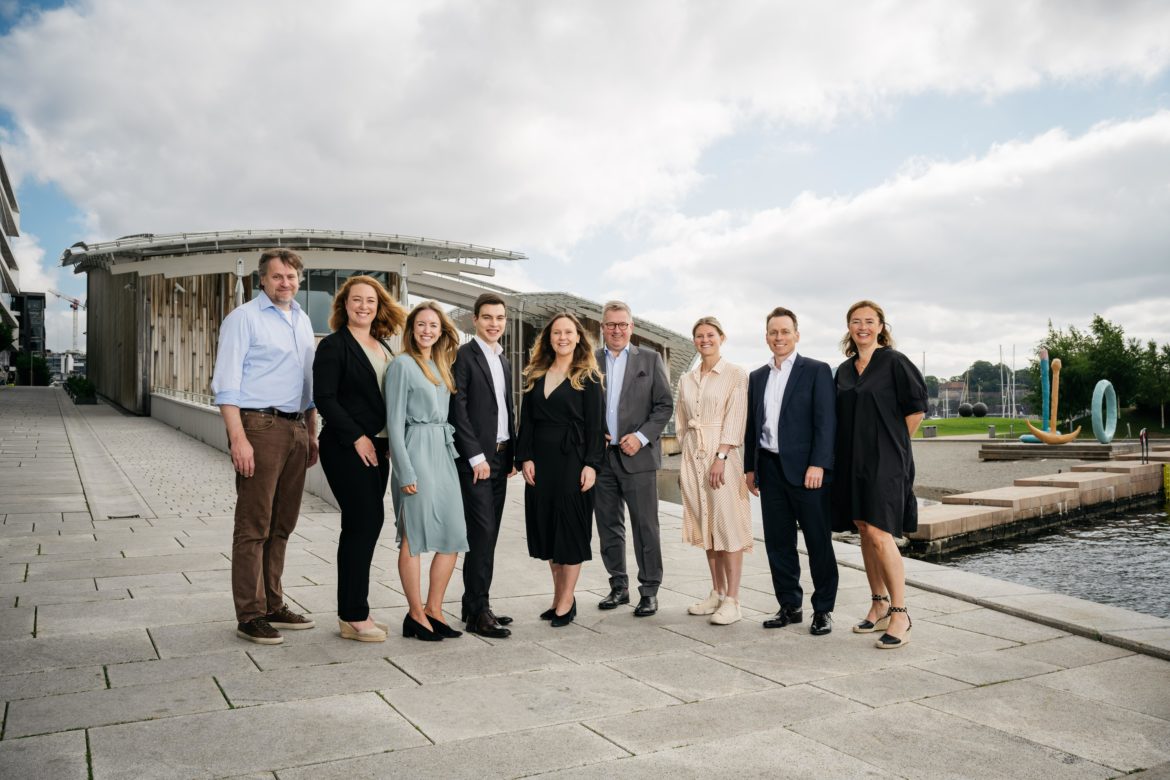 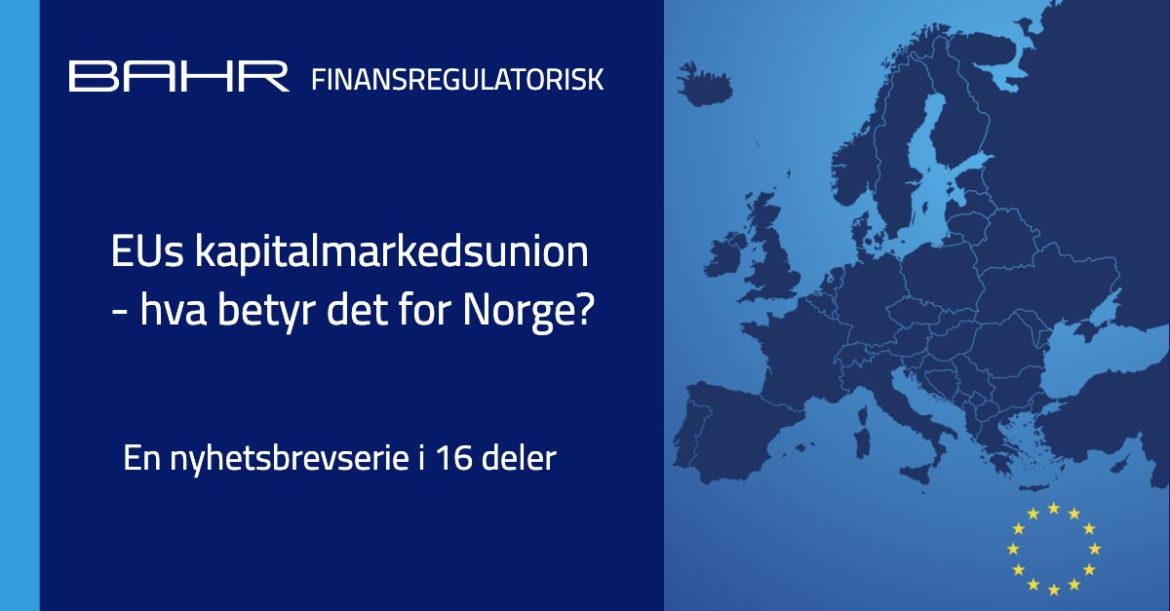 Klikk her for å motta nyhetsbrevserien (kryss av for “Finance and Capital Markets” i skjemaet).