BAHR Energy Insight – Which way will the wind blow for wind power?

In the previous issue of BAHR Energy Insight, we assessed the main Norwegian political parties’ stances on the petroleum industry going into the upcoming the parliamentary election. In this issue, we look at the same parties’ perspectives on onshore wind power and the impact the election could have on the wind power industry. 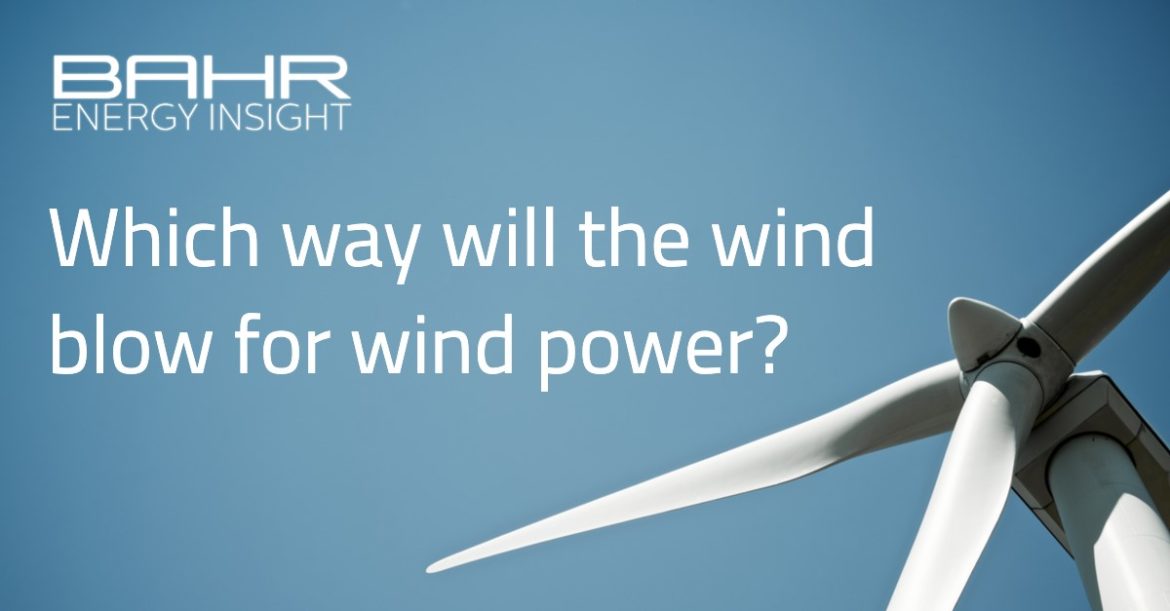 As wind power is a renewable source of energy, one might assume that the development of wind farms would be politically uncontroversial. However, recent wind farm developments have proved that onshore wind is highly contested and has in particular sparked significant protests in some local communities where the wind farms are built. The protests have received significant media attention which, in turn, has placed the issue firmly on the political agenda.

For many of the projects, the protest against the development of wind farms has also been taken to court rooms across Norway. This includes:

Further, the Supreme Court recently decided to hear a case regarding a decision about a licence to initiate the development of a wind farm in a reindeer grazing area. The case will be heard by the Supreme Court’s Grand Chamber (Norw: Storkammer) of 11 justices, rather than the 5 justices that normally hear cases in the Supreme Court. The decision to hear the case in Grand Chamber demonstrates its significance. The hearing is scheduled to take place over two weeks, beginning in August 2021. The BAHR Energy Insight team will report on the ruling once it has been handed down.

As the above-mentioned court proceedings demonstrates, the issue of wind-power has very much become a legal issue, with such challenges focussing on the licences issued to developers. However, by what means and to what extent Norway should facilitate and encourage the development of wind farms is primarily a political question. Looking at the political parties’ policies on wind power is therefore highly relevant as we now approach the 2021 parliamentary election.

Which way will the wind blow for wind power after the election?

As shown in the previous issue of BAHR Energy Insight, the Norwegian political landscape consists of the “Conservative Block” (The Conservative Party, the Liberal Party and the Christian Democratic Party) and the “Labour Block” (the Labour Party, the Centre Party and the Socialist Left Party). The most recent polls suggest that the Labour Block will gain the most members of parliament and will on this basis have grounds to initiate discussions to form a new administration[1]. The election is, however, still several months away and the polls could of course change.

The Progress Party, the Red Party and the Green Party are unlikely to form part of any administration following the election. Dependant on their support in the election all three parties can however have decisive voices in specific cases, such as on cases regarding wind power.

All three parties of the Conservative Block generally take a positive position on the further development of wind farms. For instance, the Conservative Party’s election manifesto states that good and sustainable management of wind power and other renewable energy sources is necessary to take energy production in a greener direction. This stance is similar to the Christian Democratic Party, which also notes the significance of ensuring a solid regulatory framework for further development of wind farms through regional plans for wind farms, amongst other things. The Liberal Party’s general policy is to transform Norway from an “oil-nation” to a “renewable-nation”, using wind power as one of the means to complete the transformation. Their policy is however not unconditionally favourable for wind power as the party also underlines the significance of “avoiding conflicts with nature conservation and tourism”.

As the above review suggests, the parties in the Conservative Block can be said to have taken a cautious stance in the ongoing debate regarding the development of wind farms.

The Labour Party’s general perspective is more directly angled towards the ongoing public debates regarding wind power and the perspectives that have been raised in these debates. Specifically, the Labour Party notes in their election manifesto that the opinions of local communities must be listened to and respected. Further, the Labour Party holds that the time period between the award of the licence and the initiation of the construction must be significantly reduced. This policy largely mirrors the general opinion of many of the above-mentioned protestors to the development of onshore wind farms.

This policy is taken even further by the Centre Party, who in their election manifesto state that the municipalities where the wind farms are constructed shall have the right to veto the award of licences and that licences should not be awarded contrary to the local communities’ wishes and decisions.  Further, the Centre Party holds that issues regarding development of wind farms should be governed by the Planning and Building Act, rather than the Energy Act. This would effectively assign more influence to the municipalise in decisions regarding the development of wind farms.

The parties outside the blocks

On this topic, the Red Party is to some extent aligned with the Progress Party. However, the Red Party is generally unsupportive of wind power and opposes all development of wind farms, both onshore and offshore.

The Green Party’s policy on the development of wind farms is to be restrictive, in the sense that they will only allow new development projects in proximity to areas that are already developed for wind power.

Overall, the debates regarding the development of wind farms centre around questions of due consideration to local communities, nature, and wildlife versus production of energy from renewable sources. When it comes to wind farms, these interests are diametrically opposed, making conflicts impossible to avoid entirely. As the above review demonstrates, the development of wind farms is a politically challenging issue, with legitimate concerns raised on both sides of the debate. The challenge is therefore to strike the right balance between these considerations.

As mentioned in the opening, the most recent polls suggest that the Labour Block will take office following the election. And as our review suggests, the Labour Block could be perceived to have a more negative view of the development of wind farms than the Conservative Block. A feasible scenario following the election is therefore that developers of wind farms are awarded development licences subject to more onerous terms and conditions.

BAHR will continue to observe the developments and issue further newsletters on the election.