On 24 September 2020, the European Commission proposed the creation of a regulatory sandbox that would allow certain institutions to trade and settle securities using distributed ledger technology. On 24 March 2022, Members of the European Parliament voted in favor of the proposed pilot regime indicating that tokenized equities, bonds and units of collective investment undertakings will soon become a reality throughout the European Union. 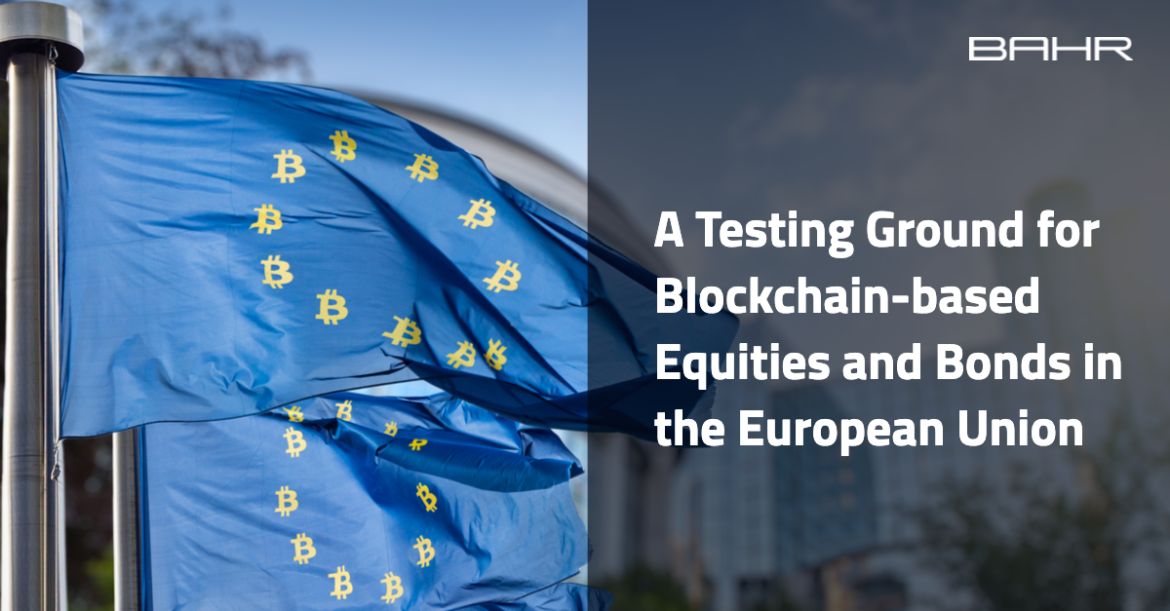 This article forms the first part of a newsletter series that will discuss the legislation proposed by the European Union’s Digital Finance Package. Specifically, the series will focus on the proposal to regulate crypto-assets and crypto service providers (known as the “Regulation on Markets in Crypto-Assets” or “MiCA”), as well as the proposal to test traditional financial markets on blockchain (known as the “Pilot Regime for Market Infrastructures based on Distributed Ledger Technology” or the “Pilot Regime”). Part I of the series is a primer on blockchain and distributed ledger technology, as well as an analysis of the Pilot Regime and its implications for market participants in the European Union.