Increased scrutiny of legal cost – even if successful

Traditionally, Norwegian courts have been reluctant to reduce the winning party’s claim for legal costs. However, a recent order from the Supreme Court suggests that this is about to change.

In Norway, the main rule is that the winning party in a court case is entitled to full compensation for its “necessary costs” of litigation. However, the courts enjoys discretion in awarding costs, and in 2005 it was set out in the preparatory works of the Norwegian Dispute Act that the courts should engage actively in order to limit the escalation of legal costs. Inter alia, the courts shall not award legal costs that are disproportionate to the monetary or principal value of the subject of the dispute. Further, the winning party shall not be compensated for legal costs that have accrued because the lawyer has charged more hours or higher rates than the court considers adequate.

Despite the lawmaker’s aim of limiting cost escalation and the guidelines set out in the preparatory works of the Norwegian Dispute Act, the courts have been reluctant to stipulate and decide whether the lawyers of the winning party have charged too many hours or excessive rates. Thus, according to a report from the Ministry of Justice from 2013, legal costs awarded in Norwegian courts have escalated steeply since 2005. Still, neither the lawmaker nor the Supreme Court has intervened to counter this development or provided guidance on how costs should be estimated.

However, on 23 July 2020 (case no. HR-2020-1515-U) the Supreme Court commented on the escalation of legal costs in Norwegian courts, and for the first time it also provided detailed guidance on how the lower courts shall estimate “necessary costs” and determine whether the winning party’s claimed legal costs shall be awarded in full.

In the preceding judgement from the Court of Appeal, the appellant to the Supreme Court won the case, but was not awarded full compensation for its legal costs as both the lawyer’s charged hours and hourly rate was considered excessive compared with the complexity of the case. Further, the Court of Appeal deemed the legal costs as disproportionate as they amounted to approximately 50 % of the monetary value of the dispute.

In its decision, the Supreme Court laid down that a party that decides to obtain unnecessary expensive legal assistance cannot expect to get its legal costs covered in full. Still, the Supreme Court emphasised that an evaluation of necessary legal costs shall include both the charged hours and the lawyer’s hourly rate, and thus that expert advice that entails cost efficiency will not exclude full compensation.

The Supreme Court could not see any errors in the Court of Appeal’s decision where it found the winning party’s legal costs disproportionate as the complexity of the case did not render necessary expert advice. Due to the lack of complexity, the court also concluded that the amount of charged hours were excessive. The decision to not award full compensation to the winning party was thus upheld by the Supreme Court.

In our view, it is necessary to combine in-depth industry knowledge and dispute resolution expertise in order to ensure both quality and cost efficiency during dispute resolution. If every aspect of the dispute is handled by a lawyer with suitable experience and expertise on the particular area of law and business segment, the party to the dispute will both receive expert advice and enhanced cost efficiency.

BAHR appoints a tailored team of lawyers to handle every case. We combine in-depth industry knowledge and dispute resolution expertise. We apply a structured work methodology to ensure quality and effectiveness in every step of the process and using innovative digital tools to increase the efficiency of our analysis of the facts. We keep an open mind to mediation instead of resolving the dispute through litigation.

Do not hesitate to contact any of BAHR’s lawyers for further information. 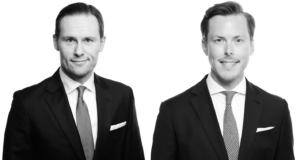