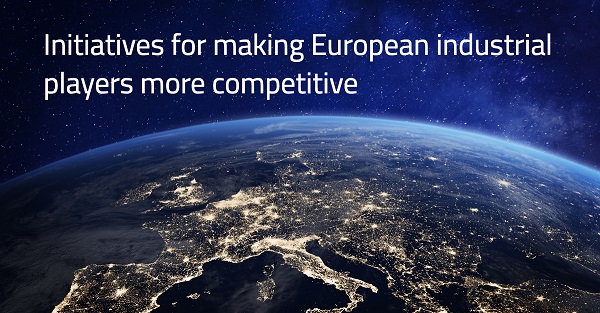 Whilst the UK is about to leave the European Union, other EU Member States are promoting a stronger union and further co-operation in order to protect European interests. Germany and France have recently published a joint manifesto¹ on a new strategy for European industry. In addition, the EU itself is taking steps in order to protect the union on a global basis, in a time of chaos and uncertainty. Measures taken by the EU usually have great significance for Norway as a part of the European Economic Area. Even though Brexit is getting a lot of attention one should also keep an eye on the development of EU industrial policy.

On 6 February 2019, the European Commission prohibited Siemens’ proposed acquisition of its French rival Alstom due to competition concerns in the railway signalling and very high-speed trains markets. France and Germany made no secret of their discontent with the decision and bemoaned the inability to create a “European Champion” that could compete on the global stage. Calls were made for a revision of internal market rules in general, and competition rules in particular. This resulted in the publication of a five-page Franco-German manifesto on 19 February 2019, setting out measures to increase the competitiveness of EU companies on the global stage by 2030. These measures are embodied in three main policies: (i) increase investment in innovation “massively”, (ii) adopt “effective measures to protect ourselves” and (iii) adapt the EU regulatory framework.

France and Germany have traditionally been amongst the most influential Member States in terms of EU policy and legislative agenda, with the UK often being the main counterweight in terms of market economy principles. With the UKs exit from the EU nearing, the weight carried by the manifesto will only increase. But there is still a long way to go before any of the policies gain legislative force. This will notably be impacted by the composition of the new (ninth) term of the European Parliament, which commences in July 2019 and the ensuing appointment of the new president and commissioners of the European Commission. With this in mind, we have prepared a short overview of the three main policies and how they might impact Norwegian industry.