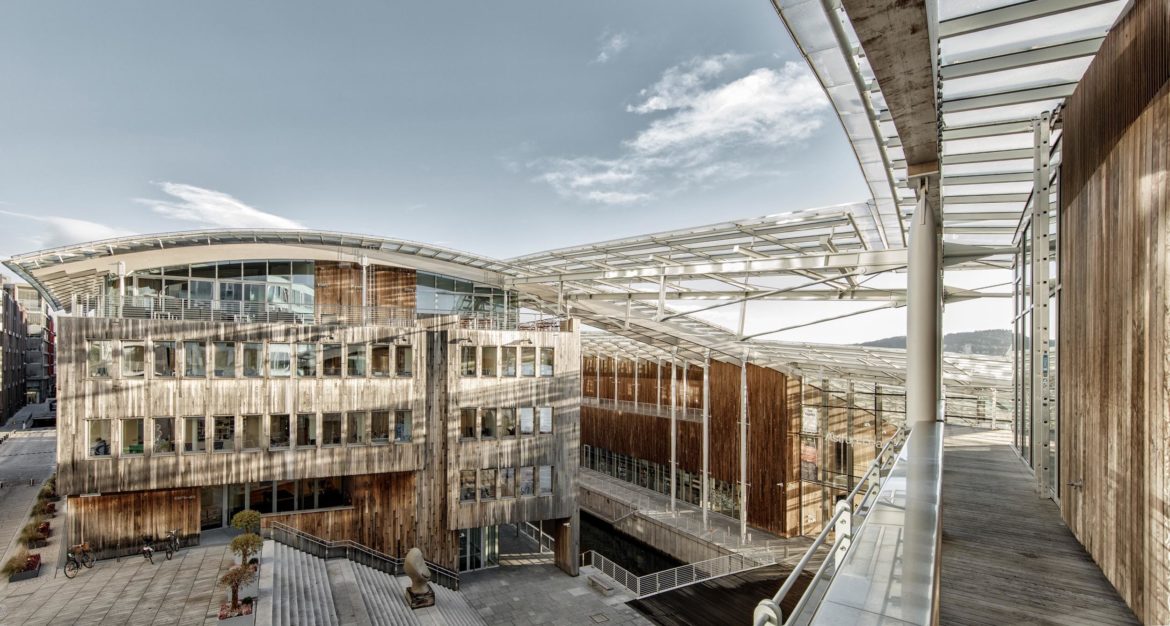 The authorities are under an obligation to ensure a fair balance between, on the one hand, the interest of the holders of copyright and related rights in the protection of their intellectual property rights, and, on the other hand, the protection of the interests and fundamental rights of users of protected subject matter, in particular their freedom of expression and information. Within one week the Norwegian Supreme Court delivered two decisions which dealt with the application of Article 10 of the ECHR in matters of copyright enforcement potentially interfering with the right of freedom of expression and information.

The Copyright Act section 24 automatically grants protection to the maker of any database, the creation of which has incurred substantial investment in obtaining, verifying and presenting its contents. In return for this investment, the maker gets exclusive rights to extract or to utilize all or substantial parts of the contents of the protected database for 15 years. The Copyright Act implements the Database Directive (96/9/EC), which defines a database as “a collection of independent works, data or other materials arranged in a systematic or methodical way and individually accessible by electronic or other means”. The sui generis right protecting databases only apply to extraction from and/or re-utilization of the database and never to the informational content as such.

The Supreme Court rejected Rettspraksis.no’s argument that their actions were lawful under the exception for certain public documents in the Copyright Act section 14. This section exempts court decisions from copyright protection, but it only applies to databases to the extent those databases as such “relate to exercise of public authority” and are “produced by public authorities, publicly appointed council or committee, or issued by the government”.

Lovdata was founded in 1981 by the Norwegian Ministry of Justice and the University of Oslo. At the time when the disputed decisions were delivered, Lovdata was a sole recipient of digital decisions delivered directly from the Supreme Court. Nevertheless, the Supreme Court emphasized that Lovdata was established on a non-profit basis, and that it is a self-financed undertaking. Even when taken into account its earlier special treatment, today Lovdata participates in a competitive market. Therefore the databases cannot be considered as produced in the exercise of public authority. The right to freedom of information could not lead to an interpretation of section 14 that exempted the databases from the protection provided by section 24.

Rettspraksis.no further argued that in any case their actions were protected by the freedom of expression and information protected by the Norwegian Constitution section 100 and Article 10 of the ECHR. In case of conflict, these higher norms would have precedence. The Supreme Court held that the enforcement of Lovdata’s database rights restricts access to information. The decisive question is, however, whether this restriction is justifiable in relation to section 100 of the Constitution and Article 10 (2) of the ECHR. According to the latter provision the restriction must be necessary in a democratic society, apart from being prescribed by law and pursuing a legitimate aim.

Since the database was protected under the Copyright Act, the Supreme Court held that the interference of the Norwegian authorities is prescribed by law. It also considered that the preliminary injunction had pursued the legitimate aim of protecting copyright. Finally, the Supreme Court had to assess whether the interference was necessary in a democratic society. The Supreme Court noted that the authorities enjoy a wide margin of appreciation when balancing two competing interests which are both protected by the Convention. In the present case, the Supreme Court affords the greater weight to the interests of the right holders. Database protection is assumed to be of great importance to promote investments that are needed in society, and Lovdata has invested a large amount of resources in building up the legal information systems as they appear today. Less weight is afforded to the interests of users of the protected subject matter, and their right to freedom of expression and information, especially because the information was available elsewhere, for instance in public libraries.

Conclusively, the Supreme Court ruled that the Court of Appeals’ application of the Copyright Act did not amount to a violation of Article 10 of the ECHR, nor section 100 of the Norwegian Constitution. Rettspraksis.no’s extraction and use of the disputed decisions was an infringement of Lovdata’s exclusive rights to the database.

The file sharing service Popcorn Time makes available to the public a large number of movies and TV-series, and allows users to stream nearly in the same way as when using commercial streaming services like Netflix and HBO. The content accessed in the program will primarily be posted without the consent of the right holders. In 2016 the Norwegian Authority for Economic Crimes seized the “Popcorn-Time.no” domain name, registered with the domain reseller Imcasreg8.

The Supreme Court held that the content on Popcorn-time.no represented an unlawful contributory infringement of the copyright owners’ exclusive rights to control the use and distribution of their works. In their appeal, Imcasreg8 argued in vain that the association to Popcorn Time was distant and derived, because the domain did not host the Popcorn Time application itself, but rather contained articles and links to sites that offered the application. The Supreme Court stressed that making available such content was an act that enhanced the unlawful communication to the public of illegally uploaded movies and TV-series that takes place on the Popcorn Time website. With reference to the Napster decision (Rt. 2004 s. 41), the Supreme Court considered that the copyright infringement persisted as long as the website in question was in operation. Thus it rejected the argument that there was no contribution because the main infringement actions were concluded when the material was uploaded to the internet, before the relevant acts for which the defendant was responsible took place.

The appellant further held that since Popcorn-time.no only contains articles and links to sites that offers the Popcorn Time application, the seizure constituted an illegal restriction of their freedom of expression. The Supreme Court considered that the links on Popcorn-time.no made it possible to download Popcorn Time and other versions with a few keystrokes, and the content appeared as an instruction manual for how to download the application. The Supreme Court emphasized that Article 10 (2) of the ECHR prescribes a fair balance between the right to freedom of expression and copyright protection. In the present case excessive and systematic infringements of copyright had taken place, and the right to freedom of expression of Popcorn-time.no could not prevent a seizure. The interference had been necessary in a democratic society. Finally, the Supreme Court concluded that there was no requirement of fault for the domain holder, Imcasreg8, as it was clear that the domain name owner acted with intent.

For these reasons, the Supreme Court rejected the appeal and upheld the seizure of Popcorn-time.no.

Both cases indicate that the interests of the right holders are given great importance and that it takes a lot before the right to freedom of information prevails. This result is in line with European case law. Both Supreme Court decisions refer to “The Pirate Bay” decision of the European Court of Human Rights (no. 40397/12) as a starting point for their own balancing of the two competing interests. The ECHR notes that one “must take into account various factors, such as the nature of the competing interests involved and the degree to which those interests require protection in the circumstances of the case”. Protection of copyright is a weighty reason for restricting the freedom of expression and information.

Accordingly, in the Lovdata decision the Supreme Court emphasized the impact of database protection to promote investments that are needed in society and the great amount of resources that had been put down into building up the legal information systems. Less weight was afforded to the freedom of expression, especially because the information was available elsewhere. The expressions on Popcorn-time.no could not be considered as input to the public debate about technological solutions, but rather as an instruction manual for how to download the application with unauthorised copyright-protected material. Such information was not given a high level of protection.

Whether copyright enforcement conflicts the freedom of expression and information will depend on a balancing between the interests of the right holders. The balancing seems partly to consist of a necessity assessment of sanctioning the expression, where copyright protection by default is a weighty argument in favour of the copyright holders.