On 18 June 2021, the Norwegian government appointed an independent tax law committee (the “Committee”) with a mandate to review the Norwegian tax system in full. The Committee presented their report to the government on 19 December this year, and the report was subsequently sent for public consultation with a deadline for comments 15 April 2023.

One of the proposals from the majority of the Committee is to discontinue the Norwegian Tonnage Tax Regime (the “NTTR”) (one member dissenting). The argument was that a discontinuation would give a better resource allocation and also increased tax income. The benefits of the NTTR were not considered sufficiently high and/or substantiated to justify the NTTR. 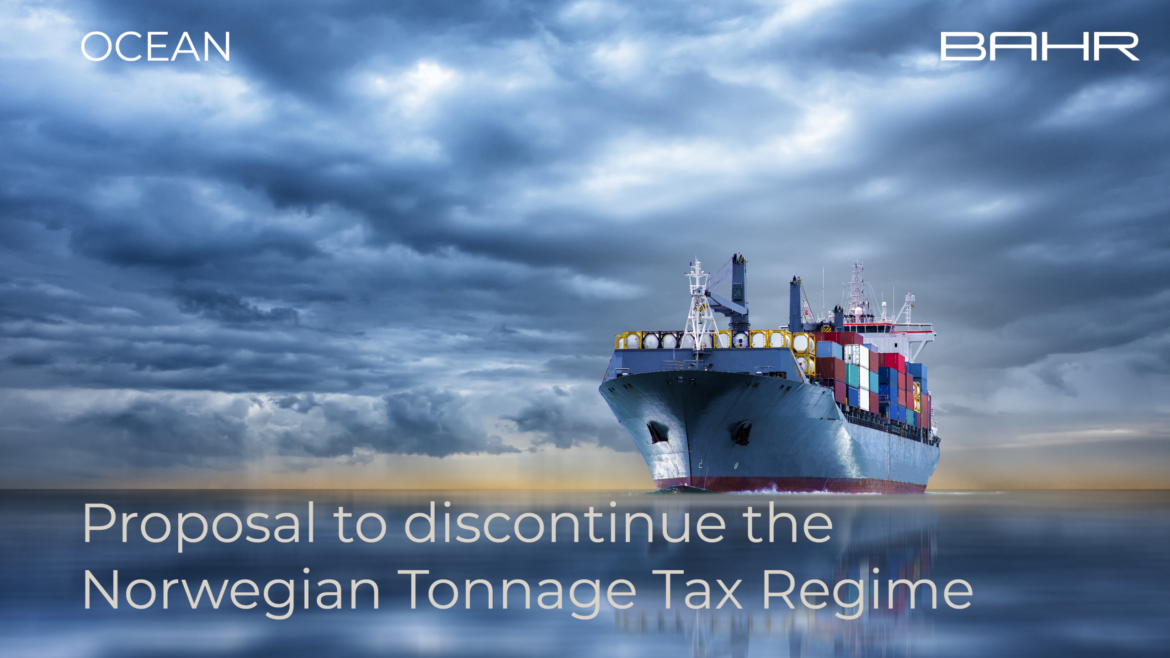 It’s worth noting that the majority recognized that discontinuing the NTTR would presumably entail a lower increase in tax income than what is calculated as the tax cost of the NTTR as-is (NOK 3.8 billion for 2022). This due to the mobility of the industry. This was however evidently not considered decisive against discontinuing the NTTR, presumably also based on the possibility of Norway still being able to tax certain activities within Norwegian territorial waters (cf. the next paragraph).

As an alternative to discontinuing the NTTR, the Committee proposed that the NTTR is limited to comprise activities which are subject to international tax competition; i.e. activity that can be conducted from foreign jurisdictions without being liable to tax in Norway. This would in case firstly comprise vessels in international traffic, and vessels engaged in other activities in international waters.

As examples of activities that are more shielded from such international tax competition, the Committee pointed to (i) vessels engaged in service activities for the aquaculture industry and (ii) seismic vessels exploring the Norwegian continental shelf. These are both activities that could be taxable in Norway also for foreign owners based on Norwegian internal tax law and pursuant to the tax treaties entered into with Norway and various other countries. The intention from the Committee is as such to limit such activities within the NTTR.

We note that the NTTR is a successful tax scheme in Norway, which also historically has had broad political support. Latter evidenced by the extension of the NTTR in 2017 for another 10 years, where also the scope of the NTTR was expanded to include windmill service vessels. Also worth noting the proposal from late 2021 to allow for split activities within the NTTR.

Although not possible to conclude on the outcome of a political process regarding the NTTR following the report, it is fair to expect a lot of attention and feedback to the proposals through the consultation process from shipping companies, trade organizations and other interested parties.