On Friday 11 June 2021, the Norwegian Government published its policy plan for Norwegian industry and energy in its report “Energy to work” (Energi til arbeid Meld. St. 36 (2020-2021)). As part of the report, the Government presented a roadmap for hydrogen, relevant for the maritime sector. The roadmap for hydrogen follows up the Government’s previously launched hydrogen strategy, with a direction and ambition for the development of the production and use of hydrogen in Norway in a five, ten and thirty year perspective. 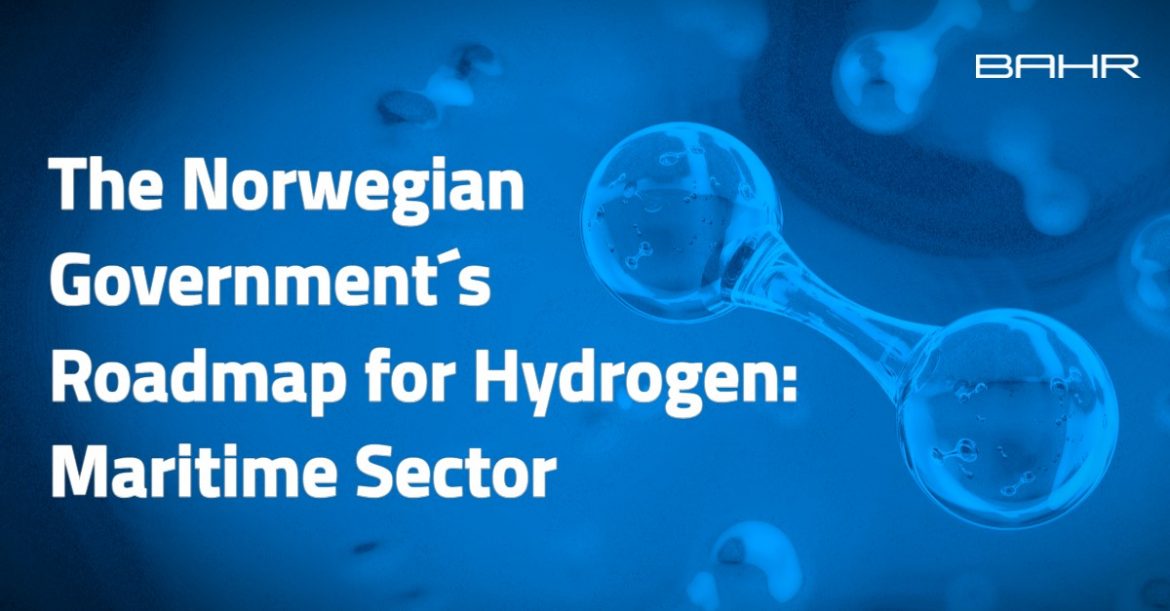 The Norwegian Government’s policy plan for Norwegian industry and energy

The aim of the “Energy to work” report is to set a course for how Norway will reach its climate target and the policies to achieve value creation and new job opportunities, for the industry in general and the energy sector in particular. The report is one of the most important policy documents in the last decades for the energy sector, with implications well beyond the energy sector as such.

The report builds on the Government’s climate action plan for 2021-2030 (Meld. St. 13 (2020-2021)] and illustrates how renewable energy and the transmission network lay the foundation for electrification and phasing out of fossil energy. The Government’s overall goal with its energy policy is high value creation through efficient and environmentally friendly management of energy resources.

The report presents the Norwegian Government’s policies for several sectors and is a policy for long-term value creation from Norwegian energy resources based on the following four goals:

The Norwegian Government launched its hydrogen strategy in June 2020. The report “Energy to work” follows up this strategy with a roadmap for hydrogen with a direction and ambition for the development of the production and use of hydrogen in Norway in a five, ten and thirty-year perspective.

The roadmap for hydrogen has the vision that a market will be established in Norway for the production and use of hydrogen in 2050 – and that hydrogen will be used as fuel for vessels both in coastal waters and for long-distance transport. The report sets out certain short and medium term ambitions to reach the 2050 vision.

In the short term, towards 2025, the Government will facilitate the establishment of hydrogen hubs for maritime transport, the establishment of industrial projects with associated production facilities, as well as pilot projects for the development and demonstration of new and more cost-effective hydrogen solutions and -technologies.

In the medium term, towards 2030, the Government has the ambition that hydrogen is established as a realistic alternative in the maritime sector, and that there are prospects for market-based development.

The Roadmap for Hydrogen

The report “Energy to work” details further the roadmap for hydrogen as follows:

As part of the roadmap for hydrogen, the Government discuss also instruments and supportive policies to realize the goals in the roadmap, including green public procurement, such as within the ferry sector, as well as other incentives and instruments.

The policy plan “Energy to work” will, no doubt, trigger a broad debate in Norway, and set the scene for a discussion of the long-term framework for Norwegian energy policy in the years to come and how to meet Norway’s climate targets.

It is not anticipated that the plan will be discussed in Parliament before the summer, and hence the discussion will most likely come after the Parliamentary elections in September.

It is positive that the Norwegian Government sets a clear direction and ambition for the development of the production and use of hydrogen in Norway. We expect the ambition to establish hydrogen hubs for maritime transport, industrial projects with associated production facilities and pilot projects for hydrogen solutions and -technologies, to be important for the maritime sector and its adoption to the climate targets.

In addition to the Government’s roadmap for hydrogen – there are other important policies in the report relevant for the maritime industry – including with respect to offshore wind as well as the oil and gas industry. The Government’s targets and the policies in these areas will have an important impact on the maritime sector oriented towards offshore wind, oil and gas.