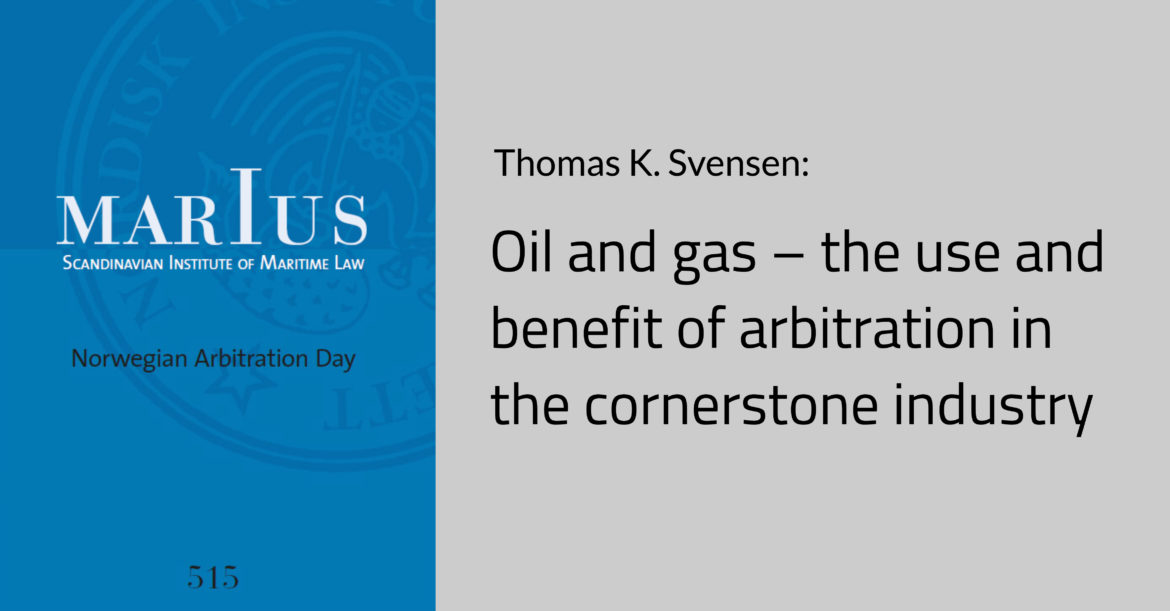 The 515th issue of the periodical MarIus contains papers submitted by a number of speakers at the “Norwegian Arbitration Day”, hosted by The Scandinavian Institute of Maritime Law*.

One of the speakers, BAHR-partner Thomas K. Svensen, has written the paper “Oil and gas – the use and benefit of arbitration in the cornerstone industry”. Read the paper by clicking the link below.

The petroleum or oil and gas industry is undoubtedly Norway’s cornerstone industry. It is by far the largest industry in Norway representing almost 20% of both Norway’s gross domestic product (GDP) and total investments, even excluding the service and supply segment of the industry. In absolute numbers, the industry is expected to represent investments and costs of almost NOK 2,500 million in 2019.

*The Scandinavian Institute of Maritime Law is a part of the University of Oslo and hosts the faculty’s Centre for European Law. It is also a part of the cooperation between Denmark, Finland, Iceland, Norway and Sweden through the Nordic Council of Ministers. The core research areas of the Institute are maritime and transport law, petroleum law and energy law.