BAHR has published the 2021 edition of the Norwegian Private M&A Survey, containing an analysis of key terms and market trends in the Norwegian M&A market. 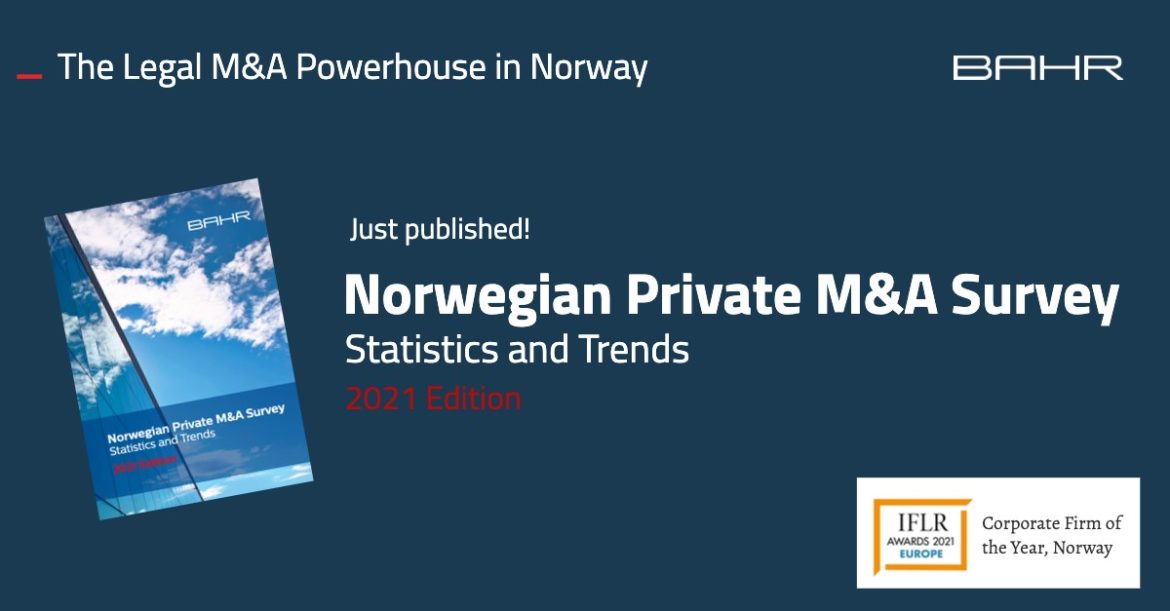 In our newest edition, we share the latest developments on key terms and market trends in the Norwegian private M&A market. The survey is based on more than 120 sale and purchase agreements (SPAs) signed in recent years by a party represented by BAHR.

We hope you find  the M&A survey informative. As always, we would be delighted to present more insight and statistics if you want to dig deeper into the details. 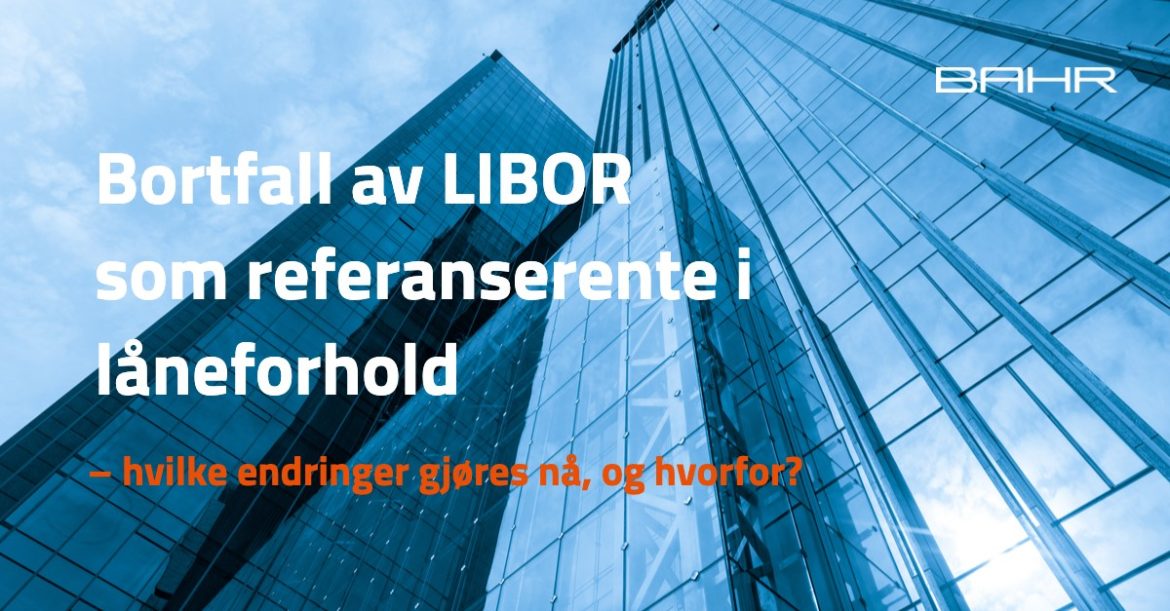 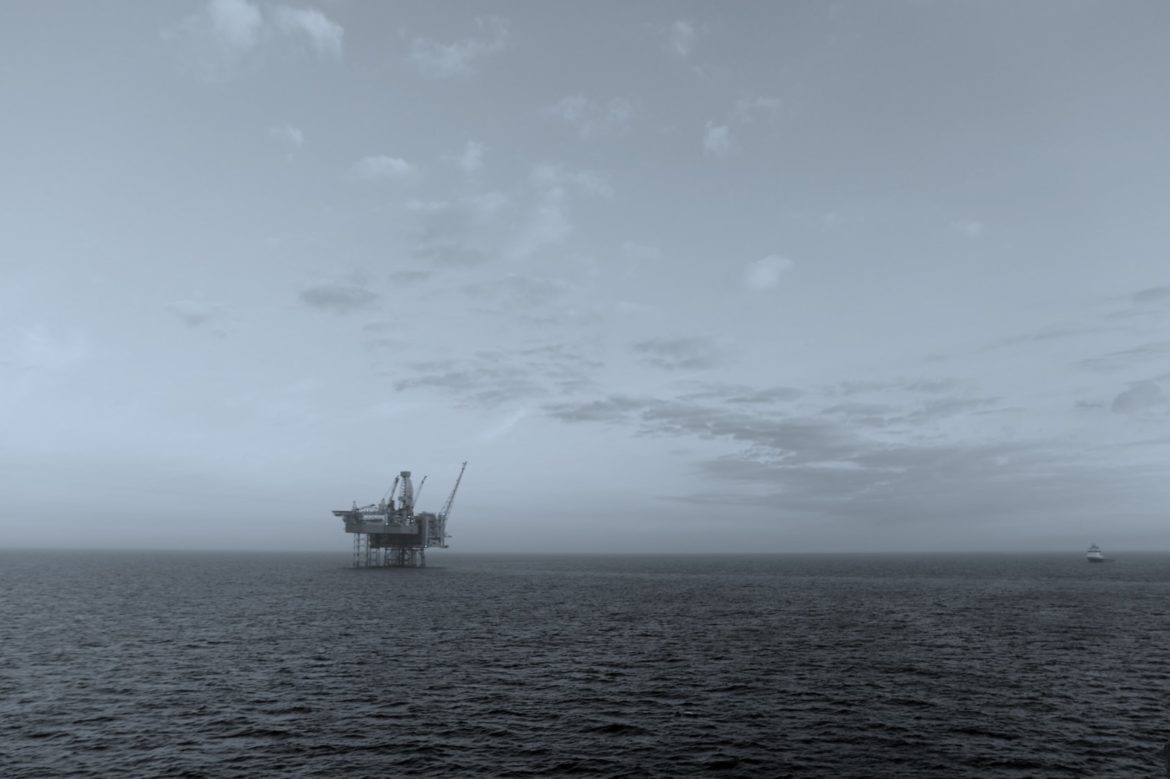 Norway is a small player in the global crude market with production covering about two per cent of the global demand. However, Norway is the third largest exporter of natural gas in the world and Norway supplies about 20 to 25 per cent of the EU gas demand. Nearly all oil and gas produced on the Norwegian shelf is exported, and combined, oil and gas equals about half of the total value of Norwegian exports of goods. This makes oil and gas the most important export commodities in the Norwegian economy. Government income is secured by taxation and direct participation in the petroleum activities.

Since production started in 1971, oil and gas have been produced from a total of 115 fields on the Norwegian continental shelf (NCS). At the end of 2020, 90 fields were in production: 67 in the North Sea, 21 in the Norwegian Sea and two in the Barents Sea. Nine fields are currently under development. Many of the producing fields are ageing, but some of them still have substantial remaining reserves. Petroleum resources on the NCS have been estimated to 15.7 billion standard cubic metres of oil equivalents. Only around 50 per cent of the total discovered and undiscovered petroleum resources have so far been produced and sold.

BAHR-partners Audun Nedrelid, Markus Nilssen and Magnus Tønseth have contributed to the 7th edition of the The Acquisition and Leveraged Finance Review by writing the Norway chapter. 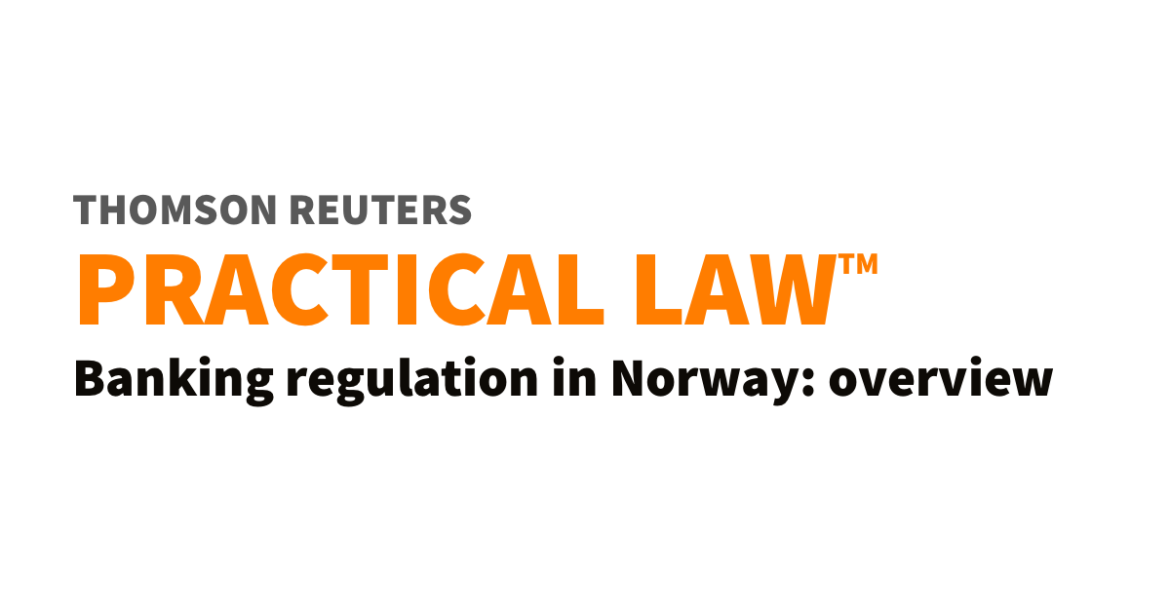 This Banking Regulation guide provides a high level overview of the governance and supervision of banks, including legislation, regulatory bodies and the role of international standards, licensing, the rules on liquidity, foreign investment requirements, liquidation regimes and recent trends in the regulation of banks.

The guide is published by Thomson Reuters.

Markus Nilssen, partner at BAHR, and Marcus Cordero-Moss, Associate, have written the Norway chapter in the Chambers Securitisation 2021 Guide. 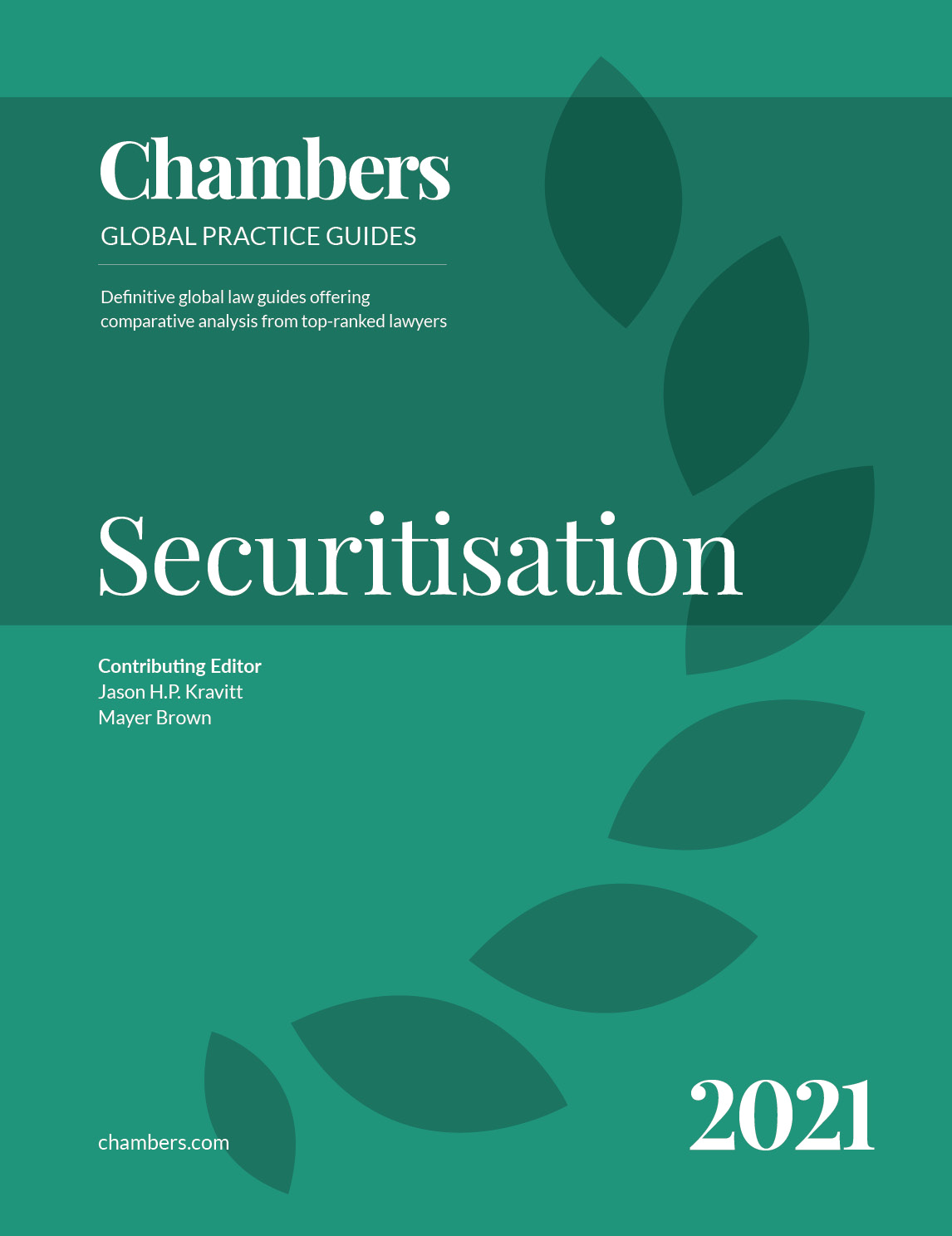 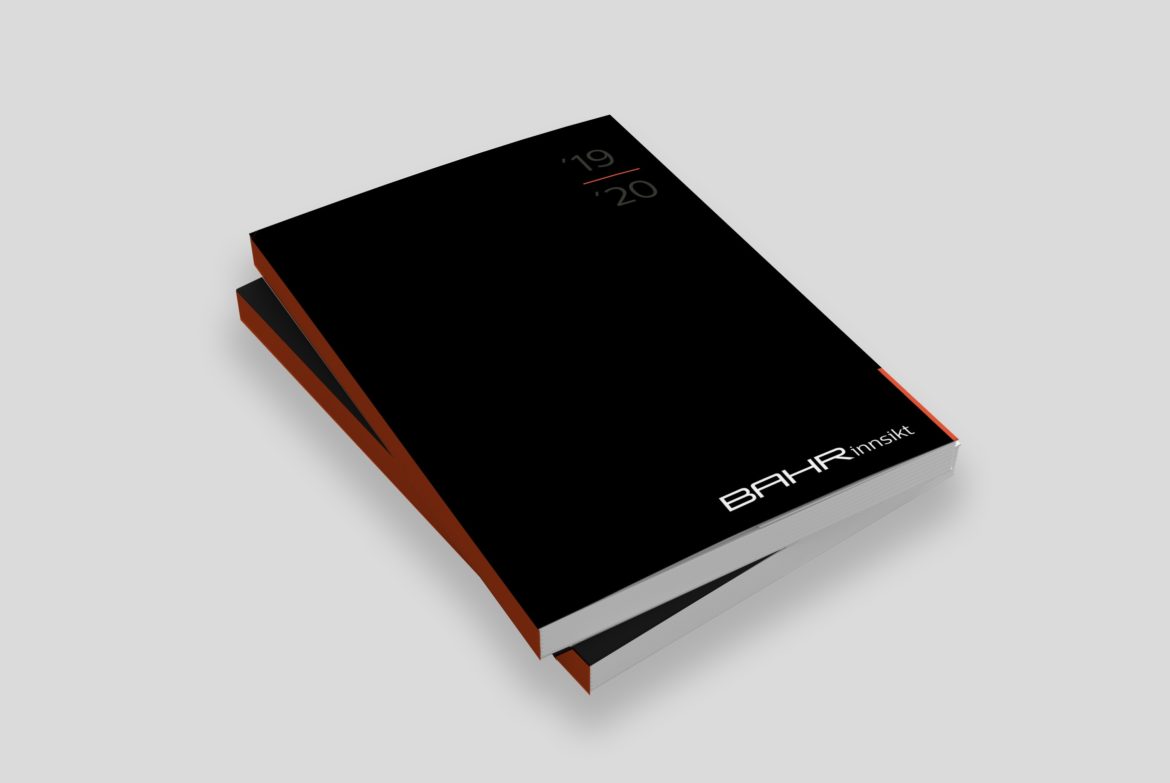 BAHR has published BAHRinnsikt and BAHRinsight ’19 | ‘20. Through interviews and articles, an insight is given into BAHR’s activities in 2019/2020.

Peter Hammerich, partner at BAHR and head of the firm´s Asset Management & Private Equity group, and Markus Heistad, Senior Associate, have written the Norway Chapter in the ninth edition of The Asset Management Review.

Markus Nilssen, partner at BAHR, and Vegard Hervig, Associate at BAHR, have written the Norway Chapter in the second edition of The Securitisation Law Review, a publication by Law Business Research Ltd. 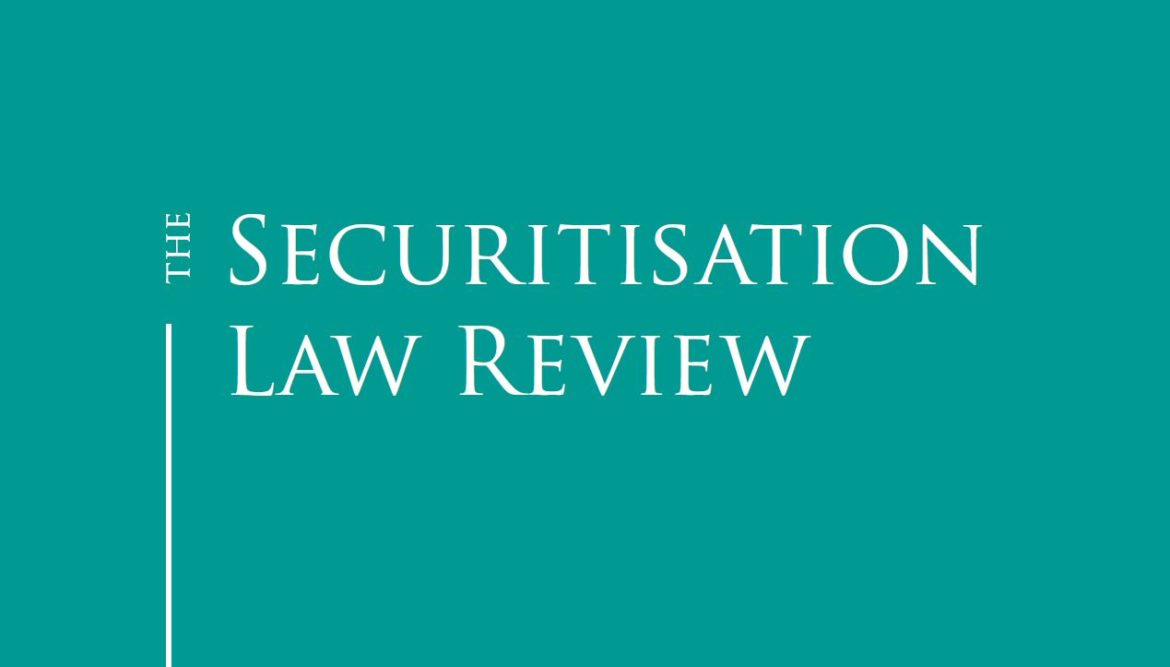 The purpose of The Securitisation Law Review is to provide securitisation attorneys, borrowers, lenders and other market participants with insight into a sample of structural frameworks and regulatory issues surrounding the industry in a broad array of jurisdictions.