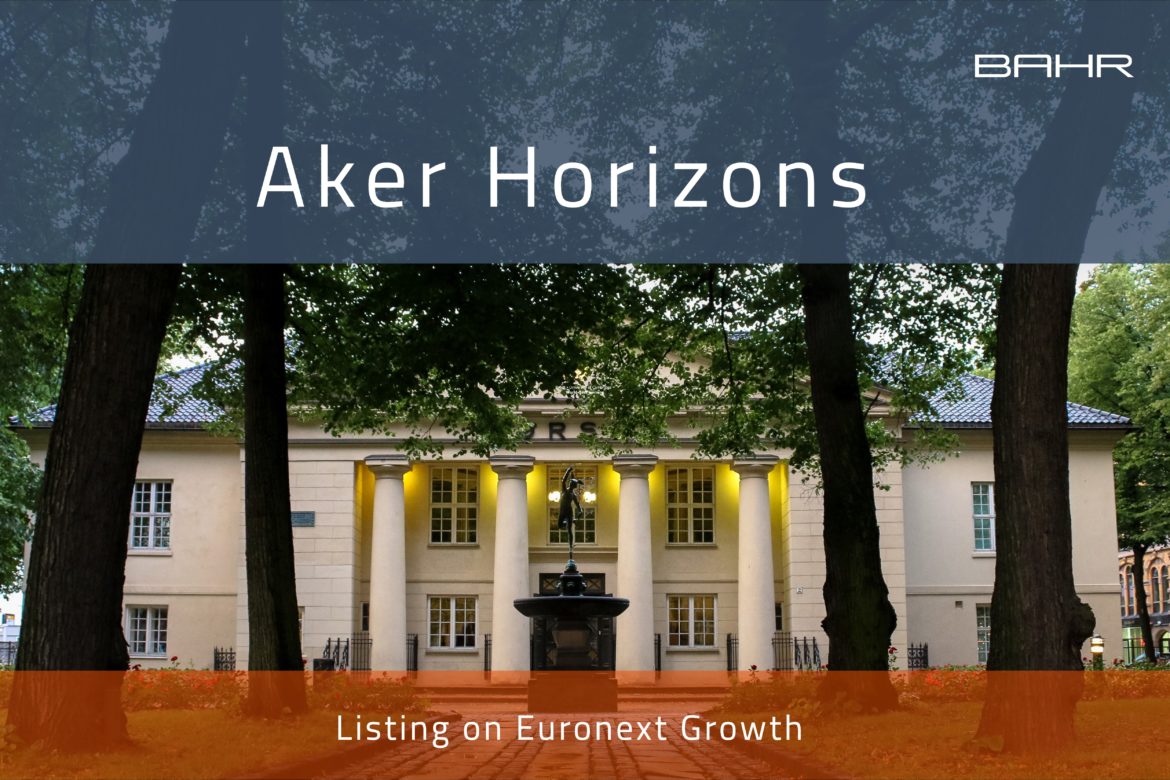 BAHR has assisted Aker Horizons AS in connection with a NOK 4.16 billion equity raise, a NOK 1.5 billion convertible bond issue, and subsequent listing of the company’s shares on Euronext Growth taking place on February 1. The capital raise was multiple times oversubscribed and was carried out mainly for the purpose of financing the acquisition of Mainstream Renewable Power, which is expected to be completed in Q2 2021.

Aker Horizons was originally established as a platform for Aker ASA’s investments in companies within renewable energy and low-carbon solutions. Aker Horizons investments currently comprise of a 51% ownership in  each of Aker Carbon Capture and Aker Offshore Wind, in addition to a 24.7% industrial holding in REC Silicon ASA.

In January 2021, Aker Horizons entered into agreements to acquire Mainstream Renewable Power Limited, a developer and operator of wind and solar parks, and Rainpower Holding AS, a project organisation and technology company based on Norwegian hydropower technology.

The BAHR team has been led by Jon Christian Thaulow, Arne Tjaum and Camilla Iversen.