Compliance | Update on US, EU, UK, and Norwegian sanctions against Russia as of October 2022 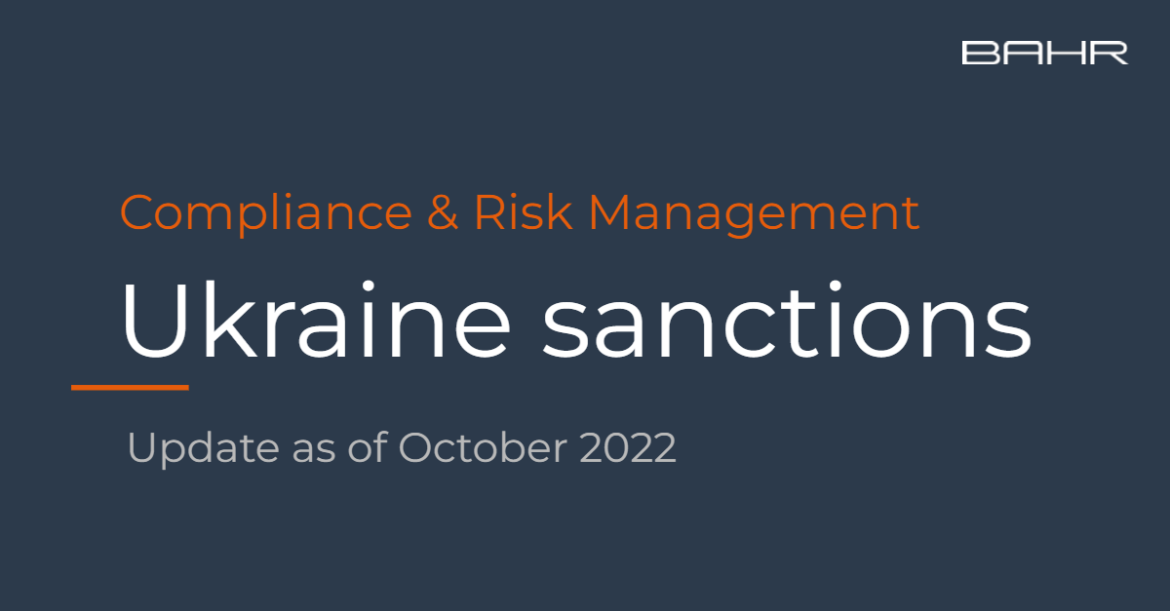 The EU has further increased restrictive measures against Russia. The implementation of the sixth and seventh packages of sanctions over the course of the summer has been marked by both extensions of already implemented measures, such as the inclusion of new individuals and entities to the asset freeze lists and the expansion of import bans to new sectors, such as the gold import ban, to the full seaborne crude oil ban prohibiting the purchase, import or transfer into Member States of crude oil and certain petroleum products from Russia and the insurance and reinsurance of maritime transport of such goods to third countries.

In addition, these packages included comprehensive expansions of financial sanctions from the existing prohibitions of providing investment services for the issuance of or dealing with transferable securities and money-market instruments and engaging in transactions with Russian controlled companies, to now also include inter alia the prohibition of providing accounting, auditing, statutory audit, bookkeeping and tax consulting services or business and management consulting services to entities established Russia or the Russian Government. The financial measures were also supplemented by prohibitions of accepting deposits from Russian nationals and residents exceeding EUR 100,000.

This fall, the EU adopted an eighth package of sanctions this month following the continued escalation of the war and illegal annexation of Ukrainian territory. The eighth package included the implementation of an oil price cap which is implemented to allow European operators to undertake transports of Russian oil to third countries, provided its price remains under a pre-set “cap”. Such regulations are supposed to help to further reduce Russia’s revenues, while keeping global energy markets stable through continued supplies.

Further export restrictions extending the restrictions already in place have also been included, now aimed at reducing Russia’s access to military, industrial and technological objects through prohibiting items such as certain chemicals, coal, electronic components and items of the aviation sector. In addition, approximately €7 billion worth of additional import restrictions have been implemented including, for example, ban on imports of Russian steel products, plastics, vehicles, textiles, footwear, leather, ceramics, certain chemical products, and non-gold jewelry, amongst others.

See our newsletters 3 March 2022 (overview of the logic and systems of sanctions regimes and guidance on how to address the new sanctions risk landscape) 29 March 2022 (Russian counter sanctions and guidance on investor protection and risk mitigation in relation to the 1995 Norway – Russian Federation Bilateral Investment Treaty) and 25 April 2022 (update).