In a surprising turn, the Norwegian Supreme Court has decided not to hear the appeal in the Stolt Commitment III which concerns the joinder of an insured to direct action proceedings against its insurer. In doing so, the Supreme Court dismissed the appeal and brought a 5-year long jurisdictional saga to an abrupt end. In this newsletter we will consider the law on joinder in direct actions following the Supreme Court’s dismissal. 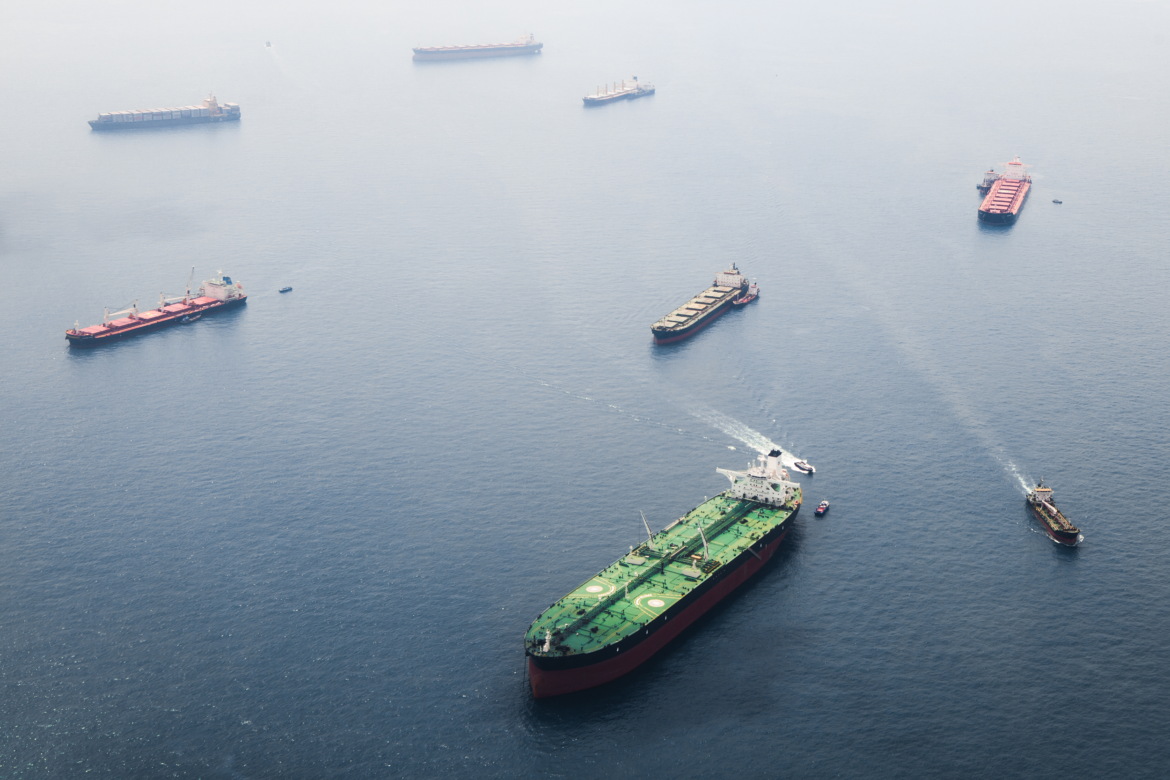 In our previous newsletter on the Stolt Commitment-case (which may be read here), addressing the Supreme Court’s ruling of 24 June 2020 (Stolt Commitment II), we ended our remarks stating that the primary issue in dispute remained unsolved; namely the joinder of the assured.

In light of the decisions of the Supreme Court in Stolt Commitment I and II, the joinder issue in Stolt Commitment III has potential wide-reaching consequences for Norwegian liability insurers and their members and assureds. The reason being that a member or assured, by way of joinder, can be sued in Norway irrespective of whether the condition for direct actions against the insurer (insolvency) is met, simply because the insurer is domiciled in Norway.

In Stolt Commitment III, the Agder Court of Appeal (LA-2020-99757) concluded that the assured, and the underlying liability case, indeed could be joined to the Norwegian direct action case according to article 6 no. 1 of the Lugano Convention. Following the Supreme Court’s dismissal of the appeal, the Appeal Court’s decision stands.

The background for the broader case complex

The factual circumstances of the matter have been summarised in our previous newsletter (found here). In short, the case springs from a collision in the Singapore Strait between the Stolt Commitment and the Thorco Cloud. Thorco Cloud sank and 6 crew members tragically lost their lives in the collision. The owners of Thorco Cloud commenced direct action proceedings against Stolt Commitment’s insurer, Gard, and applied to join the owners of Stolt Commitment to the proceedings in order to have the Norwegian courts hear also the underlying liability claim subject to Norwegian liability limitations.

In Stolt Commitment I (HR-2018-869 A), the Supreme Court found that the question of jurisdiction over the direct action suit against the insurer was exclusively governed by the rules of the Lugano Convention which pertained to jurisdiction in insurance cases, i.e. Chapter II Section 3 which contains article 11 no. 2. Section 7-6 (5) of the Norwegian Insurance Contract Act (ICA) was furthermore not a choice of law rule. As the Appeal Court therefore had failed in its application of the Lugano Convention, the decision was overturned, including the decision to allow the assured to be joined to the direct action.

The case was then reheard by Agder Court of Appeal, which concluded that Norwegian law is to be utilised in considering the direct action. In interpreting article 11 no. 2 of the Lugano Convention, the Appeal Court further concluded that the criteria “where such actions are permitted”, was to be read as a reference to the action being specifically permitted in the applicable case, not generally permitted.

The outset in Norwegian insurance law is that insurers must accept direct action claims from injured third-parties. The ICA § 1-3 second paragraph allows marine insurers to contract out of the otherwise mandatory provisions of the ICA. All major Norwegian P&I insurers have utilised this liberty to the maximum extent, cf. Gard Rule 90, Skuld Rule 47 and NHC Rule 59. This means that – by virtue of the “pay-to-be-paid” rule – there is no direct action right against Norwegian P&I insurers. The ICA however provides an “exception from the exception” in which insurers cannot contract out of direct actions in cases where the assured is insolvent, cf. section 7-8 second paragraph. As it had not been established – with a reasonable degree of probability – that the Stolt companies were insolvent, the suit against the insurer could therefore not be heard by the Norwegian courts. Consequently, the assured could also not be joined. The decision was again appealed by the Thorco companies.

In the Stolt Commitment II (HR-2020-1328-A) the proceedings were limited to the interpretation of the term “where such direct actions are permitted” in article 11 no. 2 of the Lugano Convention. In its ruling the Supreme Court held (dissent 3-2) that Norwegian courts have jurisdiction over direct actions against Norwegian marine insurers on the basis of such direct actions being generally permitted under Norwegian insurance law, cf. article 11 no. 2 of the Lugano Convention. In doing so, the Supreme Court overturned the ruling of the Agder Court of Appeal which had held that direct actions needed to be specifically permitted (i.e. in the specific case) in order for Norwegian courts to have jurisdiction. As a precondition for the joinder of the assured was that there was jurisdiction in the direct action case, the ruling of Agder Court of Appeal holding that the assured could not be joined, was also overturned.

The case complex then reverted to the Agder Court of Appeal where it was resolved that the cases should be heard separately. In the case against the insurer the Appeal Court concluded that Norwegian courts have jurisdiction in the suit against Gard, and that the correct legal venue is Aust-Agder District Court.

In the case of whether the assured could be joined to the direct action suit the Appeal Court handed down its decision on 23 December 2020; the Stolt Commitment III (LA-2020-99757).

The question addressed by the Appeal Court of Agder was whether the assured (and the underlying liability case in the matter) could be joined to the direct action case against the insurer.

Subsequent to initially establishing that the Lugano Convention was applicable to both claimants¹, the Appeal Court addressed the key question of whether it was article 6 no. 1 or article 11 no. 3 of the Lugano Convention that should be the basis for a potential joinder – the latter article being the particular rule that allows for joinder of the assured in insurance cases. The Appeal Court weighted the purpose of the convention and found that the underlying liability claim should be considered in isolation, and therefore it was as such not a “matter relating to insurance” and the correct basis for a potential joinder was therefore article 6 no. 1. The Court was not convinced by the assured’s argumentation where it relied on the close procedural proximity to the direct action (the “anchor-suit”) and that there had been no previous decisions, either locally or internationally, where a matter had been joined by way of article 6 no.1 to cases brought before the courts according to article 11 no. 2.

The Appeal Court proceeded to consider whether the three conditions of the article were fulfilled. The assured was clearly domiciled in a convention state and the suit against the insurer was brought in the domicile of the insurer. The remaining key condition was then whether there was sufficient proximity between the claims.

The Court noted the decision of the Supreme Court in HR-2019-2206-A (Posten) establishing the standard for the court’s scope of considering proximity (see our newsletter on that decision here). Not only should the court consider the proximity of the claim to the anchor-suit, but the court should also give due consideration to whether there is some probability that the claimant has such a claim.

The assured in turn asserted that this would entail that there could be no joinder according to article 6 no.1 as the Stolt companies were clearly not insolvent (as had been concluded in previous court rounds), a precondition for the direct action towards the insurer. Though doubtful, the Court turned oppositely; it misaligned with the system of the rules to not consider insolvency related to the court’s consideration of its jurisdiction (as settled by the Supreme Court in the previous round), but consider insolvency in the case of the probability whether the claimant had a claim towards the defendant in the anchor case under article 6 no.1. Furthermore, one would venture into the same challenges as per a consideration under article 11 no.2 in the factual consideration of insolvency.

Whilst recognising that the higher limitation fund limits were the background for bringing the suit against the assured under the Norwegian jurisdiction, the Court maintained that this was not sufficient to deny joinder, shutting the final door to an argument based on a principle of abuse of jurisdictional rules.

The assureds appeal to the Norwegian Supreme Court was dismissed without a hearing in a short ruling 27 April 2021.

It is surprising that the Supreme Court dismissed the appeal without a hearing. Particularly so given that the joinder question, from a marine insurance perspective, was the most important issue in a case complex that the Supreme Court had already heard twice. Indeed, the joinder issue was heard in Stolt Commitment I, but not considered by the majority due to its reasoning on other issues. The joinder issue has not lost its importance since.

In our view, it is not clear that the joinder issue should be considered on the basis of article 6. no. 1 and not article 11 no. 3 of the Lugano Convention. Notably, the court paid little regard to the wording of Section III article 8 of the convention, covering jurisdiction in “matters relating to insurance”. When the direct action (insurance) claim is the anchor, it is somewhat inconsistent to disregard the proximity to this claim, but rather isolate the liability claim from the set of rules on which the wanted jurisdiction is established. This isolation exercise which is carried out furthermore seems selective from a general application of law and logical point of view, in the sense that the rule applicable when not considering the proximity (article 6 no. 1) clearly requires that proximity is considered in fulfilling the conditions thereunder.

The acceptance of joinder pursuant to the Lugano Convention article 6 may have substantial effects on Norwegian P&I Clubs as it effectively means that their members or assureds can be sued in Norway. Whether such joinder also entails that Norwegian liability limitations will apply to the joined claim, as argued by the Thorco companies, remains to be seen.

Although there are arguments to the opposite of the Appeal Court’s reasoning; following the dismissal from the Supreme Court and until the Supreme Court considers the issue in any later case or any developments from the Court of Justice of the European Union, the current Norwegian law position is that joinder of an assured (and the underlying liability claim) is considered based on article 6 no.1 of the Lugano Convention.

¹ A new issue, not previously considered by any body of court in the complex, arose in the Appeal Court case. Namely whether someone not domiciled in a Lugano Convention state could invoke the rules of the Convention, as one of the claimants was domiciled outside of the convention area. The Appeal Court twirled around this general question, finding that the circumstances made a conclusion on this general question inessential, consequently concluding that the convention was applicable for both claimants under the liability claim.