On 14 July 2021, the European Commission presented the FuelEU Maritime Initiative as part of its “Fit for 55 Package” – the legislative proposals to reach the emission targets of reducing greenhouse gas emissions in 2030 to at least 55 % compared to 1990 levels. The European Parliament adopted the FuelEU Maritime Initiative on 19 October 2022 – the regulation of sustainable maritime fuels. The regulation adopted by the European Parliament was more ambitious than the proposal from the European Commission. 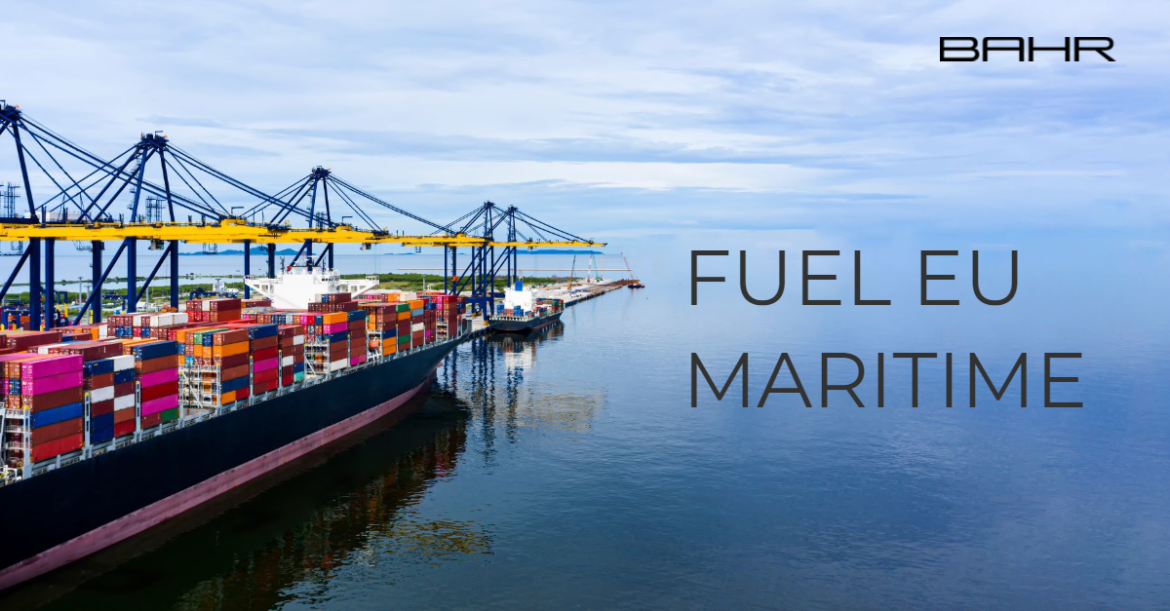 In our previous newsletter (which may be read here) on the FuelEU Maritime proposal, we outlined some key aspects of the Commission’s proposal. The FuelEU Maritime proposal includes in particular two specific measures to facilitate the decarbonization of maritime transport, namely, (i) to set a maximum limit on the greenhouse gas intensity of energy used onboard by a ship arriving at, staying within, or departing from ports in the EU and (ii) certain obligations to connect to onshore power supply or zero-emission technology in ports in the EU. The proposal further accommodated renewable and low-carbon fuels in maritime transport.

The maximum limit on the greenhouse gas intensity of energy used onboard by a ship will apply to all ships above a gross tonnage of 5000, regardless of their flag. This is in line with the proposal from the European Commission.

The targets shall be determined against a reference value reflecting the fleet average greenhouse gas intensity of energy used onboard by ships in 2020 and reduced by the following percentages:

Though its adoption of the regulation the European Parliament adopted more ambitious reduction targets than the proposal form the European Commission.

In addition, it was resolved that passenger and container ships should be required to connect to onshore power supply from 2030 unless they can demonstrate the use of another zero-emission technology.

The FuelEU regulation is combined with the Alternative Fuels Infrastructure Regulation and the Trans-European Transport Network (TEN-T) to align the regulation with the development of the infrastructure for alternative fuels in the EU. This includes ensuring that the requirements to the ships are supported by adequate recharging and refueling infrastructure. TEN-T maritime ports will, therefore, be required to install electricity supply to serve the demand of at least 90% of container and passenger ships calling at that port. Onshore side electricity installation must be provided at every TEN-T inland waterway port. This will ensure that ships have access to electricity supply in major ports.

The Parliament also voted in favour of setting the target for renewable and low-carbon fuel usage by vessels at 2 % of total fuel used by 2030. This mandate will encourage more production of, e.g., hydrogen-based fuels.

The European Parliament’s position and adoption of the regulation is a clear indication of its focus on decarbonization and the contribution by the maritime sector to reach the overall climate targets.

Further details on the FuelEU Maritime Regulation are available here.